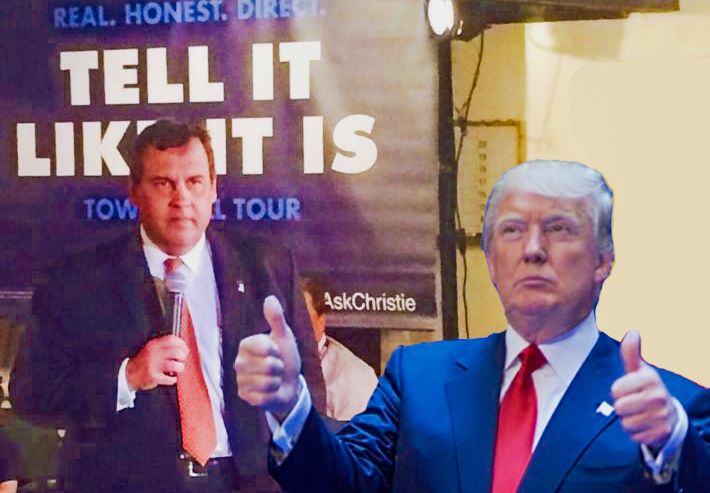 It was mere days ago that Donald Trump publicly entertained the notion of a Chris Christie vice presidency, Save Jerseyans, calling the Governor a “good guy” when asked by process-hungry presidential campaign circuit reporters.

But the Donald is as changeable as 2016 primary voters. With his own numbers coming back to earth and the New Jersey Governor landing a significant New Hampshire newspaper endorsement, possibly setting himself up as an alternative to the guy who stole his own playbook, Trump took to his favorite medium (Twitter) and attacked Christie’s gubernatorial record:

How is Chris Christie running the state of NJ, which is deeply troubled, when he is spending all of his time in NH? New Jerseyans not happy!

Trump has needled Christie in the past but this latest jab represents a personal type of attack that hasn’t characterized the candidates’ relationship up until this point.

Will Christie fire back? And start talking tough about the guy he’s described as a friend of 13 years?

I can speak for media of all types everywhere is saying we hope so!

For now, it’s unambiguously good news for Christie who needs a boost down the home stretch. Tangling with the Donald is a good way to get attention and, again, set himself up as a possible alternative particularly if the field continues to contract.

3 thoughts on “Trump turns, trains his twitter fire on Christie”