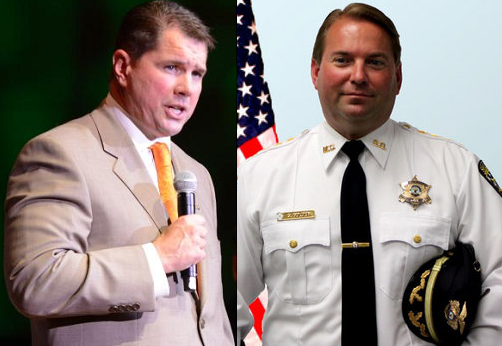 New Jersey’s sports media is mulling former Miami football coach Al Golden as a replacement for the fired Kyle Flood today, Save Jerseyans, but because they’re sports writers and not political nerds, no one has explored the familial human interest story behind this potential move.

Golden, a former New England Patriots tight end and a native of Colts Neck who was let go by the Hurricanes back in October, and promptly put his palatial Florida home on the market, is the brother of Monmouth County Sheriff and Republican Party Chairman Shaun Golden.

Not unlike his Jersey Shore-based brother who ran a chairman’s campaign promising to revitalize the Monmouth GOP, Al earned a reputation for cleaning up the Miami Hurricanes program after a spate of corruption not all-too-dissimilar to the seemingly endless wave of scandals plaguing Rutgers University’s athletic department.

Shaun, for his part, has been discussed as a future NJ GOP candidate for higher office.

The beginnings of a Golden Era?