Fulop isn’t paying for gender reassignment surgery. You are. 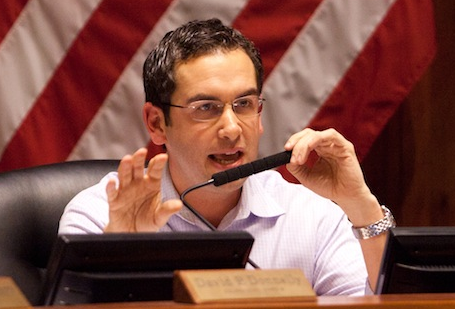 Steven Fulop earned the adulation of media outlets and liberal activists this week for announcing that Jersey City will henceforth cover the gender reassignment surgical bills for its public employees.

We can spend all day debating the scientific and moral issues at play here, Save Jerseyans, but it’s Saturday. I’m not in the mood for anything that heavy. It is worth noting that there are only a few hundred of these surgeries performed in the U.S. every year, so maybe New Jersey sees a dozen of these things performed here annually? So this change impacts at most… no one actually on the Jersey City payroll going by the statistics? But whatever. You get the drift. We’ll assume there are legions of Fulop’s underlings who want this surgery and can’t afford it. 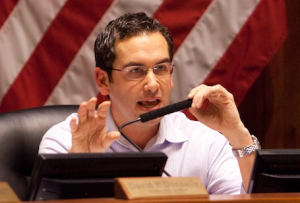 The good news? We don’t even need to get deep into the ethical muck to understand why Fulop’s decision is obnoxious.

You see, Steven Fulop isn’t going into his own pockets for this stuff. Neither are Jersey City residents, at least not in full. Or much at all as I’ll explain below. New Jerseyans OUTSIDE of Jersey City are subsidizing Fulop’s social experiments ahead of an expected Democrat gubernatorial primary in 2017. A primary Fulop wants to win. Badly.

Anyone who follows New Jersey public policy closely knows where I’m going with this; the problem, perhaps, is that too few people know HOW we pay for things in this state. Jersey City’s government takes advantage of the rest of the state in two significant ways.

The first is the PILOT system, one which our friend and 2015 candidate Harold Kane recently explained in a guest Save Jersey post:

Jersey City claims that they have no wealth to tax so that they must remain an Abbott municipality. It will receive $418 million in state aid this year or $14,000 per student.

Part of Jersey City’s lack of wealth is self-inflicted. It is called PILOT – payment in lieu of taxes. With PILOT, a municipality makes an agreement with a developer where the property being developed is exempt from property taxes, but instead pays the municipality an annual fee “in lieu of taxes.” With this type of arrangement, the school districts can be starved for funds as the PILOT goes completely to the municipality.”

Scam #2? Jersey City, which as Harold pointed out is currently undergoing a housing boom, hasn’t had a reevaluation since 1988. When I was four years old! The end result of all of this madness is that $750,000 homes in Jersey city are paying a fraction of the property taxes that the same priced property in one of North Jersey’s nearby suburbs.

These surgeries aren’t cheap either. Female-to-male reassignment can cost more than $50,000 while  the male-to-female procedures run anywhere from $7,000 to $24,000.

So Mayor Fulop can afford to pay for expensive gender reassignment surgeries to suck up to a key Democrat constituency (with a BIG liberal donor pool), with YOUR money funding his education system in an increasingly wealthy urban center, while you sell your suburban house and move to Pennsylvania because you can’t afford to pay the property taxes…

Does this system make sense for anyone? Besides Steven Fulop and his political cronies?

15 thoughts on “Fulop isn’t paying for gender reassignment surgery. You are.”