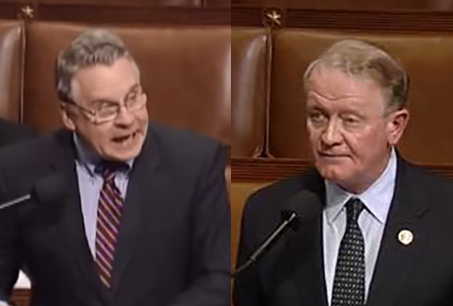 The Senate Democrats’ Thursday filibusterer all but assured an Administration victory on the Iran sell-out, Save Jerseyans. I don’t look forward to the September 11th Anniversary (not that anyone really does). But I’m especially irritable this year and I think it’s because this Iran situation makes it all so much worse.

Or at least most of us. The House of Representatives went ahead anyway with a 9/11 vote disapproving of President Obama’s plan. Among those who took to the floor to rebuke the White House was Rep. Leonard Lance (R, NJ-07), who repeated many of the themes and thoughts which he shared with us during an early August Save Jersey interview.

Lance was joined on the House floor by Chris Smith (R, NJ-04), who is very much the GOP’s veteran moral compass in all things foreign policy: