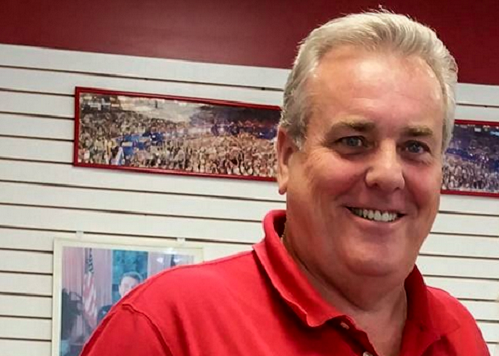 Younger readers may not remember, Save Jerseyans, but 5 World Trade Center (a.k.a. “Building 5” or “WTC 5”) was a nine-story building on the east side of the former North Tower of the World Trade Center (WTC 1). Approximately two dozen tenants including Morgan Stanley, Credit Suisse First Boston, and government agencies occupied the modest-sized 9-story building that stood in the shadow of what were arguably America’s most iconic pair of skyscrapers.

Then the worst happened and everything changed for WTC 5’s occupants. Among them was Marlboro Township’s John Dwyer. Today he’s a former member of the local school board and a Republican candidate on the “Positively Marlboro” council ticket. Back then he was a senior director of fixed income operations overseeing a workforce of over 300 employees.

For him, 9/11 is still something that transcends politics and is frankly more than a little hard to discuss as it still is for many New Jerseyans, residents of the September 11th attacks’ second hardest-hit state.

“It definitely changed my life,” explained John matter-of-factly in his native and largely-intact Brooklyn accent when I phoned him on Thursday night during the Patriots’ lackluster first quarter with the Steelers.

It’s nevertheless a story worth telling, one which a single post couldn’t do justice (I told him we’ll need to sit down and do a more extensive interview before the next anniversary if he’s down for it). But what was his first memory of September 11th? The crystal-clear blue skies oft-cited by those who were there. “I remember sitting at my desk that morning and thinking what a beautiful day it was, and how if it was a Sunday I’d be golfing,” he said, appreciating the sad irony of it all.

The morning’s almost eerie beauty and tranquility were shattered at 8:45 a.m. when hijacked American Airlines Flight 11 out of Boston, Massachusetts tore into the World Trade Center’s North Tower.

“I’ll never forget it… I remember going into work, and sitting at my desk, and right before I went to pick up my phone, I felt the concussion and everything just shook violently,” recalled John, recounting the moment when the North Tower sustained its fatal blow. “My office looked out at the hotel across the street, which was an all-black building, and I remember seeing the flames in the reflection. And then I remember seeing the actual flames. And I remember seeing police running away and thinking ‘this has got to be bad.'”

“The noise was incredible,” he continued.

We now know that the heat produced by the passenger plane’s burning jet fuel would lead to the building’s collapse. We also know that the worst was yet to come. At that moment, however, John Dwyer suspected something dramatic but less historic than a coordinated terror attack like a transformer fire. John’s instincts also kicked in. Calling his wife to make sure she knew everything was okay became priority one. “It’s funny because one of the last things my wife said to me… she said don’t stick around and help because she knows me. I’m the son of a cop. It’s instinct.”

And she was right to worry. The Port Authority initiated an evacuation of Building 5 began not long after the plane hit the North Tower. Rather than evacuate himself, John began ensuring that all of his employees and the building’s other tenants were evacuating. “Another fella and I went around the entire floor checking bathrooms” and offices, explaining that he was very much on auto-pilot. His primary concern was his people on the 7th floor. 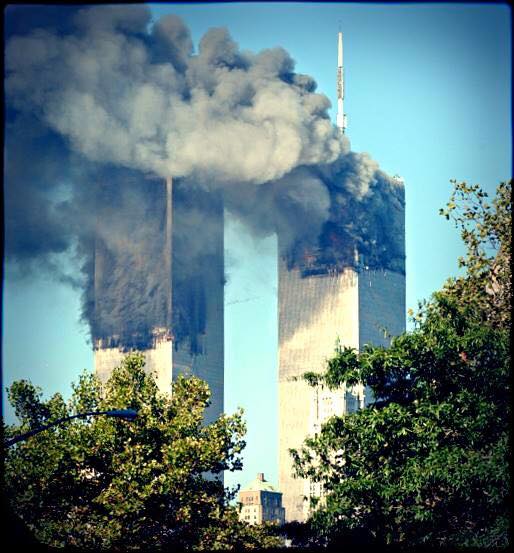 That, and “getting to the bank,” the training-instilled reflex of a man of his position in an industry where billions of dollars are always on the line and a crisis could wipe out a fortune. The gravity of the situation still hadn’t become readily apparent, but when he checked back in with his wife from a landline (cell service was already disrupted), the ominous cacophony of people cursing and screaming had already begun.

“You gotta get out,” she repeated, informing John for the first time that the culprit was an airplane, not a transformer.

“I will soon,” he promised.

John also asked her to contact his daughter, Caitlyn, then a freshman at St John Vianney in Holmdel, to “tell Caitlyn that I’m alive, and okay, and I’m getting out.” Unfortunately the kids, many of whom had parents who worked in the financial sector, were already well-aware by that time that something catastrophic was unfolding in Lower Manhattan, so when a priest showed up at Caitlyn’s classroom door to ask to speak with her, the girl fainted right onto the floor.

Events were accelerating back at the World Trade Center complex. At 9:03 a.m., hijacked United Airlines Flight 175, also from Boston, careened into the South Tower of the World Trade Center. “I pressed my nose up against a window in the conference room, pressed my nose against the glass, saw the hole in the building, and looked down and saw unimaginable horror,” explained John, his voice beginning to crack ever-so slightly. “As I was about to turn away, a huge concussion – the second plane that hit directly across the courtyard at the 7th floor window. I remember flying out of the room ’cause it looked like the flames were coming at me.”

I didn’t prod him to elaborate on “unimaginable horror.” We’ve all seen the photos. What we found out after the fact was that WTC 5 had begun to sustain severe damage from the larger towers’ fallout. Giant pieces of steel struck WTC 5 and, in turn, more pieces appeared to create a war zone in the area between the North Tower and WTC 5.

After helping redirect occupants away from the build’s west stairwell exits (they didn’t know about the fallout but they did hear the screams), John believes he was one of the very last people to leave Building 5; when he finally hustled out, the Port Authority cops exclaimed “what the hell are you doing there?” as loud booms (explosions inside the towers) punctuated the expanding chaos.

“We heard yells from a stairway from people going out into the area between the two buildings, and I did not know at the time that that’s where a lot of the collateral damage was. We starting sending people out a different way.”

“The only mistake that I made that day I got into an elevator.”

By 9:21 a.m., the FAA had stopped flights at all New York City area airports and the Port Authority of New York and New Jersey closed all of its bridges and tunnels. John and his friend forged quite literally in fire, Joe Dempsey, with whom he credits with saving his life, were out of the building at this point and heading away from carnage. John headed down Church Street in search of a friend when the South Tower collapsed shortly after 10:05 a.m. only about two blocks from where he was standing.

The definitive moment came at some point not longer after leaving the building, when a large gentleman grabbed him and said “We’re under attack.” They had a radio and were listening to news reports. Meanwhile, John had the memory of a young firefighter staring at the now smoldering building in sheer terror before finally asking his lieutenant where to go. “We use the word ‘hero’ too loosely in this country,” concludes John. “The EMTS, and police, and firemen, and port authority people who went in…”

He didn’t need to finish.

Again, the rest of John’s day warrants a post unto itself. He finally arrived home at about 3 o’clock the next morning. Having left behind his keys at the office, a circuitous route through Hoboken and an offered ride eventually got him home. “Then we saw all of the cars in the parking lot and knew, for the first time, the scale of the thing and how many people died,” John solemnly recalled. Not nameless faces but friends and colleagues.

A lot has changed for him in the ensuing 14-years following that brutal day. In retrospect, he views his near-death experience as a new beginning of sorts. The murder of 2,977 by terrorists fundamentally changed his personal perspective and convinced him to leave the lucrative but time-intensive Wall Street world not long after the attacks and many long days of helping his company hunt down unaccounted for employees. John openly concedes he’s a better father and friend than he was in the days when he arrived at his kids’ baseball games in limousines to maximize his time on the job in a 24/7 profession.

Granted, it’s hard not to look at things differently after experiencing 9/11 in the first person. John spends a fair amount of time contemplating how small differences in his decision-making that day – a different street taken before the tower collapses, for example – could’ve ended it all. For example, he used to work on the 91st floor of One World Trade Center. There but for the grace of God…

“I’ll be calling Joe Dempsey,” a response offered without hesitation, who he has since introduced to his own family. Their bond is something that’s hard for someone to understand who hasn’t had an analogous experience.

As for what’s next, John is supremely content to focus on his family, his community, and his ongoing municipal campaign. “I think I’m on this earth for a reason. I don’t know what it is,” he admits, offering a sincere verbal shrug. “But every night I go to bed and thank God for one more day, and I think about all of those people who didn’t come home,” further noting that he wants more than anything for Americans to remember what happened in 2001 at this current crossroads in U.S. History. He also wants the victims’ families to know how many people pray for them, and thing about them, on a daily basis even a decade-and-a-half later.

Some wounds just don’t heal even as silver-linings life improvements carry him forward. John hasn’t visited the September 11th memorial at Ground Zero, by the way, and doesn’t plan to go anytime soon.

“I’m waiting for the day for my kids to say ‘take us,’ and I don’t know how I’ll handle that. I don’t know if I’ll ever be ready.”

3 thoughts on “From Building #5 to Marlboro Township: Dwyer recalls how 9/11 “changed my life””