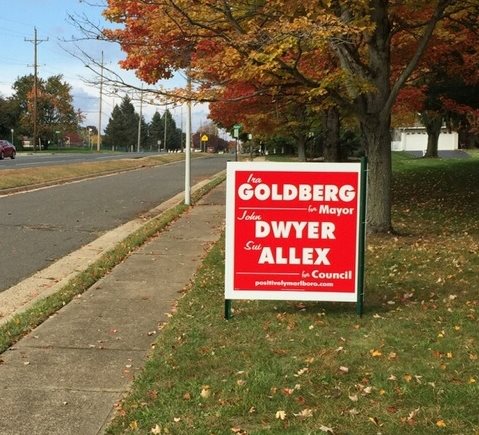 Is the tide turning against Democrats in a key Monmouth community? 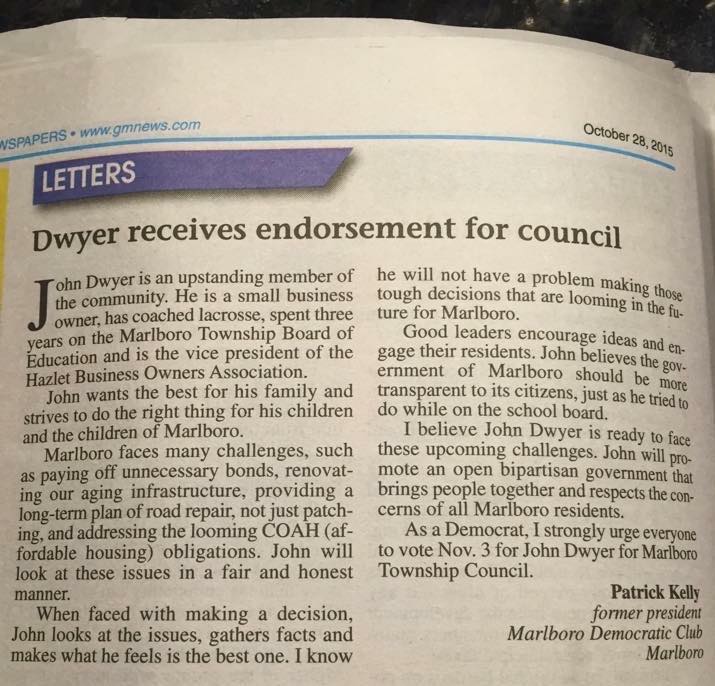 The News Transcript op-ed was years in the making.

Sources in Marlboro tell Save Jersey that Kelly and Mayor Jon Hornik used to be close (Kelly ran his first campaign) but the two had a gradual falling out. Kelly is also friendly with Dwyer so, when Kelly attended a fundraiser for Dwyer and Hornik called him to complain after years of no contact, Kelly had had enough.

Who could blame him?

For a little more background on Dwyer specifically, here’s an interview which I conducted back around the 9/11 anniversary; John worked in Building #5 and had a breathtaking (and life-changing) first-hand experience of the terror attack.