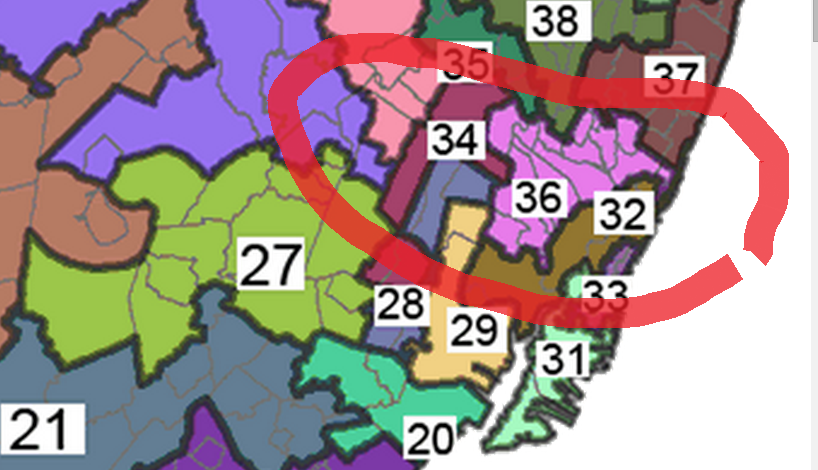 The New Jersey legislative map is not kind to Republicans; in fact, it is a cruel, dark abyss by which we continue to claw out of with little success.

There are a plethora of factors which contribute to our inability to gain seats, but the map continues to the major road block to victory. Many districts contain Republican areas overshadowed by one or two Democratic vote-generating monsters. It’s like loading the bases over and over just to have a power pitcher come in and strike our side out into oblivion. Nowhere does this trend appear more than District 36, where despite Carlstadt Councilman Jim Lenoy being a heavy underdog against Marlene Caride, Republicans will look to take their local dominance to a new level.

Passaic and Cliffside Park remain the Democratic bastions of the district and impervious to Republicans attempt to take over. Once upon time, Passaic had a council president named Paul DiGaetano who was followed by a young Republican named Gary Schaer was coming to power (yes, the same Gary Schaer), but those days are in the rear view mirror. Cliffside Park has been by ruled by the Calabrese family since the Kennedy administration. The other town where Republicans cannot compete is Wood-Ridge, but that has less to do with demographics and more to do with weak Republican leadership and the iron grip of Senator and Mayor Paul Sarlo.

It is realistic that every other town in the district is up for grabs!

Republicans right now control Rutherford, East Rutherford, Carlstadt and North Arlington. Wins this year could put them in control of Wallington, Ridgefield and theoretically South Hackensack, though there is only one candidate on the ballot. The other traditionally Democratic towns, Little Ferry and Moonachie, are small towns and rarely have a large effect on the district as a whole. These are the towns which must be won to have a chance at winning back the district.

Carlstadt will stay in Republican hands beyond this election since the local team has built up the epitome of what a local Republican organization should be all about. Though long-time mayor Will Roseman is not seeking re-election, Councilman Craig Lahullier is a heavy favorite to keep the seat along with his running mate five-term incumbent Bob Zimmerman and newcomer Bill Shockley. East Rutherford is unopposed this year as Mayor Cassella and his team will stay in power once again and avoid a potentially nasty re-match of a contentious, yet lopsided, mayoral election from four years ago.

Ridgefield and Wallington have control at stake but Republicans are facing stiff competition from Democratic incumbents who are not going to go away politely. In Ridgefield, Democrats currently enjoy a 4-2 advantage and the mayoralty, but with Mayor Anthony Suarez and two Democrats up for re-election, a Republican sweep would return them to power. Challenging Suarez is Councilman Warren Vincentz in a rematch of four years ago which Suarez narrowly won. Suarez has survived a recall and another election since being implicated in corruption years back, it is not clear if this is still on the mind of voters. In Wallington, Republicans trail 4-2 and could take back the council with a sweep, but Democratic Councilman Mark Tomko is unopposed for mayor after former Councilwoman Celina Urbankowski dropped out of the race earlier this fall. These two races seem to be uphill yet winnable battles for the Republicans.

District 36 has seen its two most bellwether towns slug it out for the past few months as the finish lines approaches. In Rutherford, Democrats entered the year with a 4-2 council advantage, but control switched back to the Republicans when Councilman Frank Nunziato switched parties. The other incumbent, Ray Tetro, also a Democrat, was defeated in the primary. With everything at stake, Republicans should easily gain a 4-2 advantage on the two council seats as Nunziato is paired with retired sheriff’s officer and former fire chief Sean Walker. The two form an electric team and are challenged by two political hacks with few connections to the community and an eye toward making Rutherford more like Hudson County. One candidate, Mark Goldsack, takes his marching orders from his boss, Vinny Prieto.

Rutherford does not need Hudson County and Trenton style politics invading the small town! The race for mayor should be closer, but Republican incumbent Joe DeSalvo remains the favorite to defeat Republican-turned-Democrat, Councilwoman Stephanie McGowan. An interesting twist? Democratic Councilman Ray Tetro, who was defeated in the primary, has endorsed the Republican ticket. For once, infighting is working in our advantage in Bergen County. There’s a first time for everything. 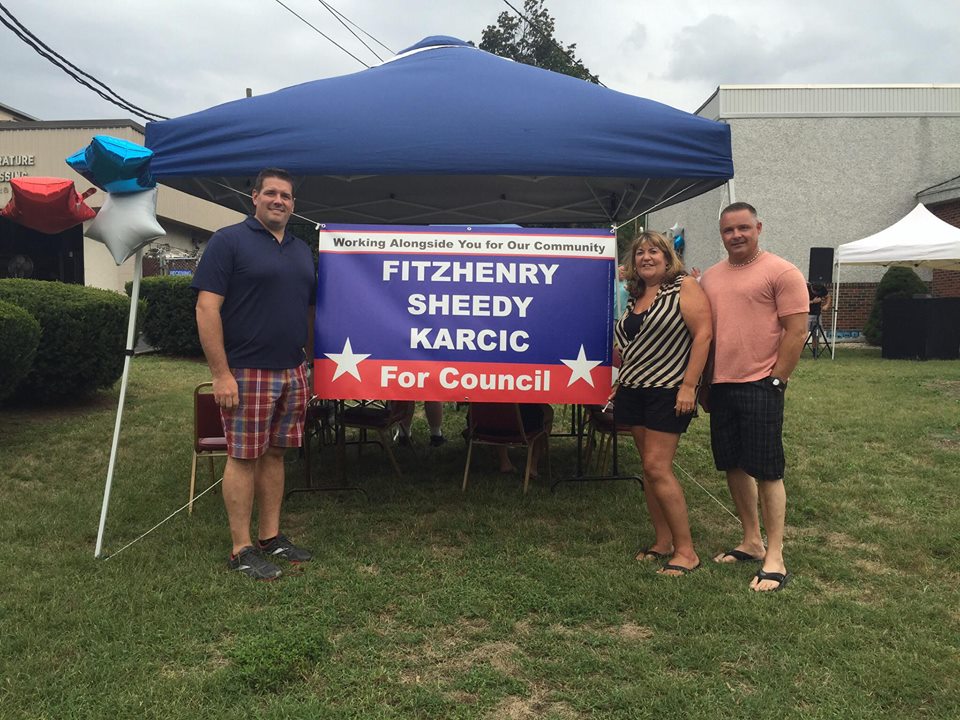 That brings us to the main show in the district: the final stand for Democrats in North Arlington.

Losing one candidate to higher office can sink a local party, and it’s nowhere more true than  North Arlington where Democrats have lost the mayoralty and two council seats since Tanelli ascended to the freeholder board; a loss this year would leave them without any seats.

There has also been no love lost in the election between the two since since the two heads of the respective tickets, Councilmen Brian Fitzhenry and Al Granell, have left no shot un-taken. Granell, through his propaganda website NAToday, has slammed Fitzhenry over everything from broken gas lines to the Mets loss last night, and the embattled Dem leader appears to be grasping at straws as one source referred to him as “the most hated man in North Arlington.” Another voter explained to me how “[t]here has never been a bigger disgrace to this town or local office than Al.”

Fitzhenry is joined on his ticket by Allison Sheedy and Mario Karcic who is running for the unexpired term of Mayor Joe Bianchi currently filled by Fitzhenry. While Republicans took the candidacy of Councilman Tom Zammatore seriously, experts agree that Granell will weigh down the ticket heavily enough to ensure a loss across the board. This is also an important race to watch county-wide since close to a hundred houses display Republican local signs and Tanelli freeholder signs. Even a strong local win could still result in split-ticketing and Tanelli taking a huge victory in the town as well.

Each district in Bergen County has its own organization and chairman. In 36, Chairman Joe Crifasi deserves heavy praise for the job he has done in keeping the local parties active strong. With his leadership, and a better map, the district could become a top legislative target after the census. Here’s hoping that District 36 stays strong Republican locally and that the mapmakers finally rid the district of Passaic in 2020.