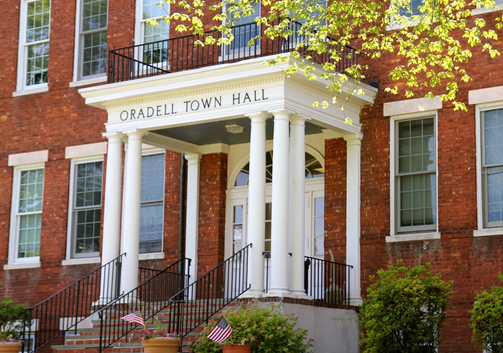 All politics is local, Save Jerseyans, and even assembly races can be broken down by looking at what is going on with the municipal elections that shape the district. As District 38 heats up over the next few weeks, here is a check-up on what is going on locally in the fiercest races in the district:

When it comes to local contests in 38 and Bergen County, it does not get more hotly contested than the most populated town in the district where Republicans currently enjoy a 3-2 edge on the 5-member board but have to defend one seat this year. Most do not think the Republicans are in danger of losing the majority as de facto Mayor John Cosgrove looks headed to a comfortable re-election; the real question is whether one or both of his running mates can oust current council members Kurt Peluso and Lisa Swain. Cosgrove wants a big victory here to carry his two running mates, John Gil and Mark Zharnest, perhaps to show strength going into a potential 2017 showdown with Senator Bob Gordon. A strong enough showing would also boost the assembly candidates in a town that Republicans lost by about 500 votes in the razor-thin 2013 loss.

The most Democratic town in the district, Mayor Norman Schmelz is in a heavyweight fight to keep his job against Ora Kornbluth. Schmelz, as I have noted before, is running as hard as anyone and has been a terrific and popular mayor since a surprise victory in a 2013 special election. The hard reality of the situation? Bergenfield remains a solidly Democratic town having produced the largest margin for Democrats in 2013, and Schmelz is the only Republican in a town with a 6-0 Democratic council. A Schmelz win in 2013 did little to propel the assembly candidates, so unless he can build an even larger victory than last time, do not expect an assembly victory in the town. At this time, I would rate Schmelz a slight-favorite to win re-election but it should come down to the wire.

The most Republican town in the Bergen County portion of the district, Republicans have often run unopposed in the last few elections. That will not be the case this year as Bergen Democrats made a point of making sure they fielded candidates in the town in an effort to boost turnout for the assembly race. The Democrats got perhaps their strongest candidate in former mayor Diane DiDio, but few expect her to give incumbent Mayor Joe Murray a strong challenge, and her running mates appear dead in the water against incumbents John Samuel and Donna Alonso (wife of 2013 senate candidate Fernando Alonso). The problem for Republicans is that need to produce a strong victory out of Oradell to offset some of the more Democratic towns in the district, something not lost on Lou Stellato when he recruited challengers to the incumbents.

Currently a dead-locked council but with a Republican mayor, New Milford Republicans will look to gain a commanding 5-1 advantage on the council with two strong candidates. One of the closest towns in 2013 and always close locally, a solid victory of New Milford by either side could determine the election. The Republicans have turned to two newcomers to running for office, but not to their community, to try and capture a commanding victory. Mel Urena, a popular recreation coach, is running with Matt Seymour, an attorney and long-time member of the Bergen Republicans’ legal team.