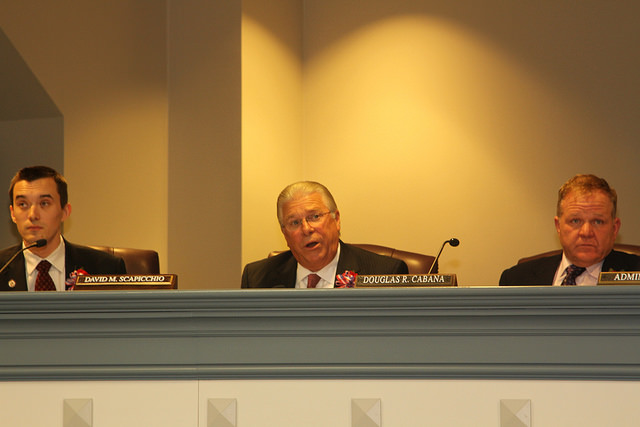 Gas tax hike opposition hasn’t waned in recent months, Save Jerseyans, as demonstrated by the resignation of arch-liberal Jamie Fox over at DOT and the actions of the Morris County Freeholder Board at their Wednesday meeting.

You can read the resolution HERE.

“Whereas, instead of increasing an already intolerably high tax burden, the legislature should reduce expenses by acting on nearly 80 bills that have been introduced to reduce expenses and lighten the tax burden,” the resolution reads, in part, supported by the all-Republican board governing Chris Christie’s home county.

I couldn’t agree with them more! Alternatives abound.

AFP state director Erica Jedynak, who testified at the hearing, said the board deserved “kudos for their leadership and willingness to take a stand on this issue.”

What would’ve been even nicer? If 2015 Assembly candidates had RUN on opposition to the gas tax as some county-level GOP’ers are doing this cycle. Can’t blame a guy for dreaming…