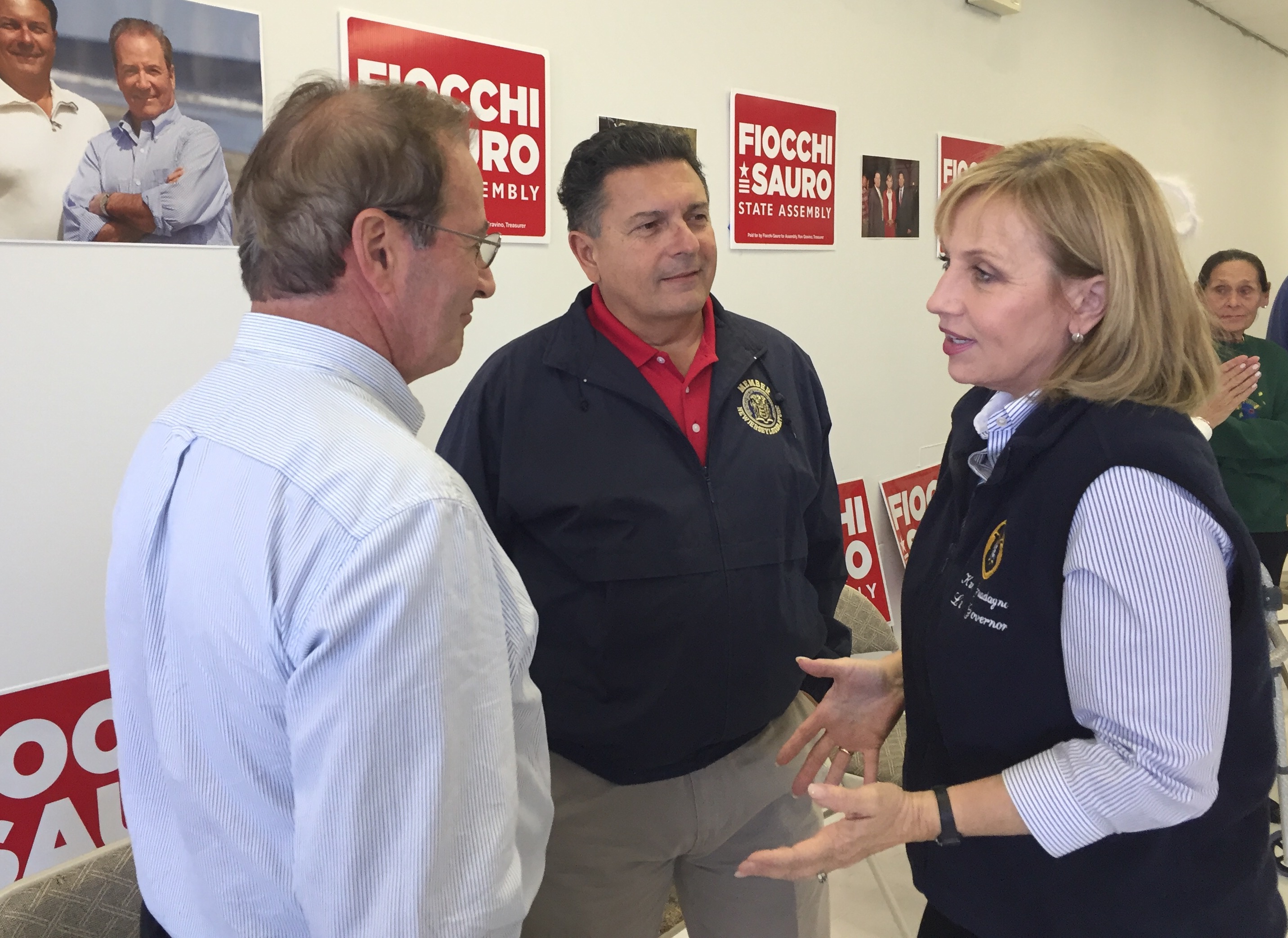 The vast majority of New Jerseyans don’t even know that there’s an election on Tuesday, Save Jerseyans, but while Governor Christie battles sagging poll numbers here and elsewhere, his Lieutenant Governor Kim Guadagno is posting serious miles down the home stretch of Election 2015.

Quite a few, in fact.

She’s hit up 50 campaign events since September 13th at the legislative, county and local levels for candidates across the state including GOP slates in LD1, LD2, LD3 (Pittsgrove), LD4 (Washington Twp.) and Hamilton Township where Mayor Kelly Yaede is up for reelection:

On Monday, the LG will team up with Assembly GOP Leader Jon Bramnick for a multi-stop bus tour in an attempt to buoy base turnout.
___