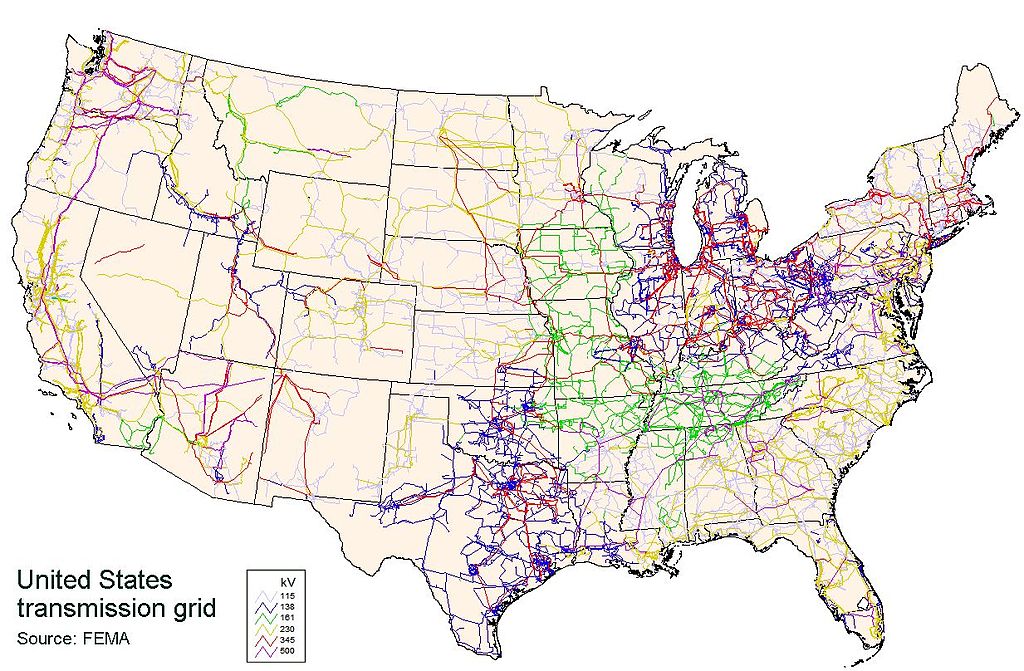 By Scott Rudder | The Save Jersey Blog

The former director of the Central Intelligence Agency, James Woolsey,  issued a stark warning, based on a US government study, that the death of millions of Americans could be only weeks away due to our national power grid’s shocking vulnerability to man-made and natural disasters. Knowing that, you might assume that our national leaders are doing everything in their power to ensure that the grid is adequately protected and that tragedy will be averted. But you would be wrong.

Consider this, the United States is the most powerful country the world has ever known.  We have the ability to cure the incurable, to explore the unexplorable, to give generously to our friends and to wreak devastation upon our enemies.  We can do this because we, as a people, are inventive and determined, and we have the energy infrastructure to facilitate these amazing things.  Simply put, our modern-day success is interdependent with our energy infrastructure.

Yet, all of this could come to a screeching halt through a single cyber or electromagnetic pulse (EMP) attack from a rogue state or terror organization, or a major solar flare, known as a Carrington Event, which could plunge our nation into an extended blackout.

Government officials and survival experts agree that during the first seven to ten days of a nationwide power outage, meaning no electricity produced by power plants going to our homes, hospitals, supermarkets, etc., more than a million people will die.  Most of these deaths will be medically related, resulting from inoperable life support systems, temperature extremes, lack of access to emergency medical services, etc.  Many more will succumb due to lack of water.

Consider the effect of the power going out. Not for a day or two, but for months. Not just in a specific area, but across the entire country.  What will happen to our water and food supplies?  Our medical network and communication systems? Our transportation systems? How will people respond?  How will you initially know it’s a nationwide event and not a temporary local issue?

According to state and federal experts, if the power goes out for an extended time, our electronically dependent society will quickly decay into turmoil. If our entire power grid went down, whether from attack or a natural phenomenon, we will experience an unfathomable systematic descent into chaos.

When you consider that humans can’t survive more than three or four days without water, and our water systems depend on electricity, it’s easy to imagine how lawlessness can erupt if clean drinking water becomes scarce.  The threat of death – to ourselves and loved ones – makes people do irrational things.

I know what you are thinking. There’s always bottled water at the store, right?  Maybe for a week or so. However, the same power grid needed to pump water is also essential for pumping fuel. Without fuel, there will be no trucks to deliver water to stores and emergency relief centers.

How could we pay for water, anyway? How much money do you have in your pocket? A systemic loss of power renders money almost useless. Without bank access, ATM machines, credit cards or electronic transfers, will money matter in two weeks anyway?

[pullquote]“The EMP Commission, which was set up after 9/11, estimated that within 12 months of an Electromagnetic-pulse event, two-thirds of the US population would likely perish from starvation, disease and societal breakdown. Other experts estimate the likely loss to be closer to 90 percent.” – James Woolsey, former Director of the Central Intelligence Agency[/pullquote]No wonder estimates for loss of life in the first week are so extreme, but that’s only the beginning.  As weeks progress, many millions more will die as drinkable water becomes scarcer and food and medical supplies dwindle.  One leading expert predicts a blackout lasting 12 to 18 months (a realistic scenario studied by the Federal Energy Regulatory Commission) will result in the death of 90 percent of the U.S. population, or a shocking 270 million people. Even if the assumptions in that study are dramatically off and only 10 percent of Americans perish, we lose more than 30 million.

Despite the dire projections, our elected leaders at the federal level have failed to make this threat a top priority.

Part of the problem is we lack a singular leader in Washington to manage this looming crisis, someone designated with the authority to develop and implement a plan to harden and protect our power grid against a disaster.  Instead we have federal agencies under the White House’s purview – including the Federal Energy Regulation Committee (FERC), Department of Homeland Security, Department of Defense and Department of Energy — battling over jurisdictional roles and limited budgets. The result of this failure of leadership is the lack of actionable movement to fend off the largest disaster in recordable history.

That being said, there are plans in place to protect the institution of government.  Senior White House and cabinet officials and members of Congress have safe guards.  There are classified locations and airplanes and fuel depots pre-positioned across the country to ensure our leaders will be able to survive and provide a skeletal government to coordinate response measures and request assistance from other countries.  So while the public’s batteries are dying and water, food and fuel are dwindling, bureaucrats will be comfortable to continue fruitless debate.

While politicians fail to act, government commissions, major think tanks and other critical infrastructure experts continue pinpointing simple preventatives.  Strategies for “hardening” the grid — or at least critical components of the grid — and “Smart-grid” solutions have been studied and analyzed over and over again.

Solutions and roadmaps already exist.  We just need to implement them.  We can no longer wait for Congress to pass a law for some department to review, make recommendations, and then someday implement.

The President has the authority to declare the protection of our national power grid a matter of national security and redirect funds to get the process moving.  Coordinating with states and the utilities within those states to layout and implement a methodical process to provide primary and secondary power solutions in the event of a nationwide disaster can happen today.

It is time for Americans to demand action from our leaders in Washington with letters and calls to news outlets, social media, members of Congress, state governors. Use any tool you can to raise awareness of this imminent threat.

It is our responsibility to get the ball rolling.  I’m talking to our leaders and you need to as well.  Go make a difference.

SCOTT RUDDER is a former mayor and New Jersey State Legislator who worked on energy and environmental issues during his time in office.  In addition, Scott spent years working on defense and energy issues with Lockheed Martin, the nation’s largest defense contractor.  Now as the Executive Director for the Energy Council of New Jersey, Scott devotes his time advocating for safe, secure and affordable energy solutions.  For more information on Energy Council of New Jersey visit:  www.energycouncilnj.com