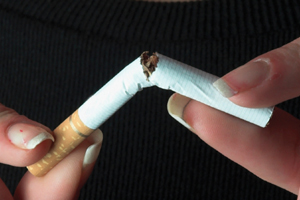 On Thursday, the Assembly Health and Senior Services Committee cleared a bill sponsored by outgoing Deputy Republican Conference Leader Mary Pat Angelini (R-11) which, if it ultimately becomes law, would raise the minimum age for purchasing tobacco (and electronic smoking devices) from 19 to 21 throughout the Garden State.

“No one knows what’s in e-cigarettes,” explained Angelini. “Different manufacturers use different vapors. People think it’s not an issue because they’re not inhaling nicotine, but there might be something in there that’s worse for you than nicotine. There’s also some question as to whether e-cigarettes are addictive.”

New Jersey would join a handful of other locales (New York City, two Boston suburbs and several towns in Hawaii) as the only U.S. jurisdictions with an age 21 minimum.

The flip side? Opponents argue a 21-year-old college student or military member is mature enough to decide for themselves whether they want to enjoy a cigarette, cigar, or utilize a vapor-inducing product for which, as Angelini concedes above, the science is still in flux.

And is it overkill anyway? “Even in the absence of any additional policy interventions, smoking rates will continue to decline just as they have over the past half-century,” argued W. Kip Viscusi of Harvard Law School in a widely-circulated 2003 Cato Institute article. “As individual wealth rises, the value associated with health risks increases as well. People consequently will be less willing to bear risks as they become more affluent. Market forces alone will continue to generate a decline in smoking, but they will do so in a way that is respectful to individual preferences and the choices that people make.”

What do you think, Save Jerseyans?