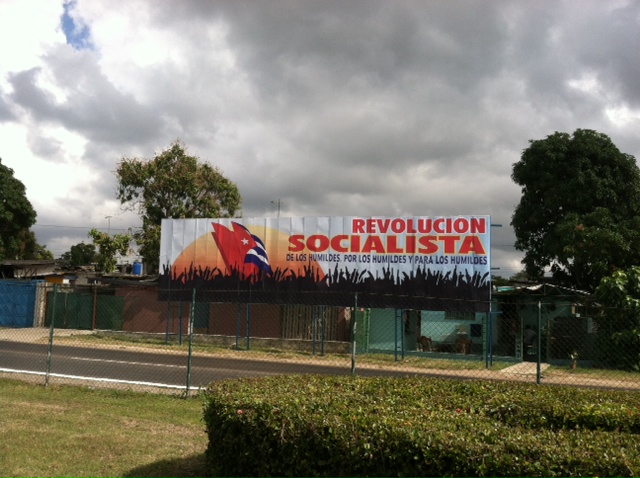 A big tip o’ the hat to Assembly Speaker Vincent Prieto, D-Hudson, for initially nixing and then criticizing a just-concluded junket to the imprisoned nation of Cuba by 10 traitorous members of the Assembly and Senate. Even a liberal Democrat is due props when he’s on the side of freedom and liberty.

Pandering to the Castro’s in a three-day sun, fun and snowless junket – banana daiquiris and hand-rolled cohibas, anyone? – does nothing to improve the lot of the oppressed Cuban people. Plaintive entreaties by Assemblyman Gusciora to the contrary, all the trip did was enrich the communist oligarchs who rule Cuba with an iron fist.

That earns a massive MEH as attested to by this response from Prieto: “In a three-day trip, you will not be able to understand the struggles of the people.”

Exactly how many in-depth interviews with imprisoned Cuban dissidents did any of the 10 undertake? I’m guessing the answer would be zip, zero, nada and none.

Might as well spend 15 minutes with the Cliff’s Notes to War and Peace and then proclaim yourself an expert on Leo Tolstoy and the Napoleonic Wars.

The treacherous 10 could have learned all they needed to know by reading the Jan. 31 Washington Post editorial roundly condemning the abject failure of President Obama’s loosening of restrictions and sanctions against Cuba.

In the Post’s words:

Yet there is scant evidence so far of a sea change in Cuba — perhaps because Mr. Obama continues to offer the Castro regime unilateral concessions requiring nothing in return. Since the United States has placed no human rights conditions on the opening, the Castro regime continues to systematically engage in arbitrary detention of dissidents and others who speak up for democracy. In fact, detentions have spiked in recent months. The state continues to monopolize radio, television and newspapers.”

And Fidel, Raul and the gang still harbor New Jersey’s numero uno wanted fugitive, the escaped murderer Joanne Chesimard, she who gunned down Officer Werner Foerster in cold blood back in 1973, so there’s that. This wasn’t lost on Prieto when he refused to bless the trip.

The Trenton 10 deserve to be soundly and loudly condemned for their Castro-coddling Cuba stunt. And the question should be asked:

Should the 10 Cuban tyranny-loving traitors in the New Jersey Legislature be flogged?