UPDATE: Rochford to retire ahead of primary challenge 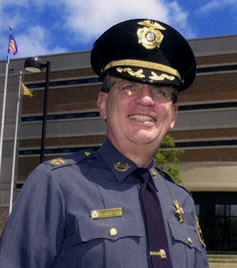 Morris County’s Ed Rochford will hang it up at the end of his current term on December 31st, Save Jerseyans, according to Parsippany Focus.

The long-time Republican elected official’s 51-year-long law enforcement career culminated to his election to sheriff in 1993.

1 thought on “UPDATE: Rochford to retire ahead of primary challenge”