REPORT: The Torch is actively preparing for a Menendez conviction 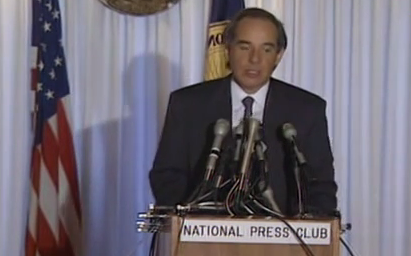 Still shameless after all these years, Save Jerseyans…

Rumors of Bob “The Torch” Torricelli hungering for another shot at the U.S. Senate – a full fourteen (14) years after he abandoned his 2002 reelection bid – are nothing new.

What is new? The Torch hiring a firm specializing in opposition research (as reported by POLITICO New Jersey), presumably to take full advantage of a hypothetical guilty verdict and Senate expulsion in the upcoming Bob Menendez corruption trial.

Reelecting this old crook might be the straw that finally breaks the camel’s back, folks, for a state that continues to behave masochistically when it comes to its own reputation. We can’t abide it. Here’s hoping enough of our Democrat friends in the grassroots feel the same way….

1 thought on “REPORT: The Torch is actively preparing for a Menendez conviction”