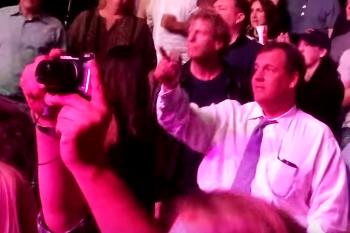 His chosen candidate might be on the verge of romping in the New Jersey primary, Save Jerseyans, but Governor Chris Christie isn’t getting much out of it on the home front.

Only 26% of New Jersey registered voters hold a favorable opinion of Christie in the latest Rutgers-Eagleton poll.

Worse still? Only 56% of N.J. Republicans view him favorably.

The macro result is consistent with a March 2016 Fairleigh Dickinson poll which, isolated for after Christie’s endorsement of Trump, found him languishing at just 27%.