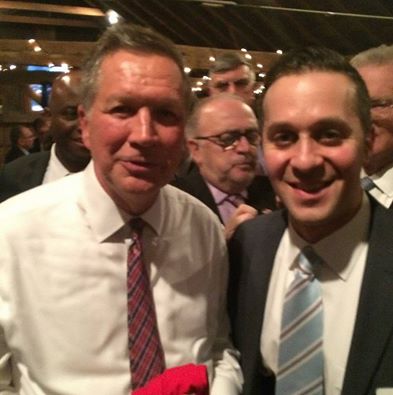 If the last round of polling was any indication, Save Jerseyans, somewhere around half of the Garden State GOP’s population is supporting someone other than Donald Trump in the upcoming critical June 7th primary election.

Regular readers know that I count myself among them.

New Jersey’s 51 delegate could prove decisive in the months to come. Kasich forces in New Jersey survived a Cruz Camp delegate signature battle in court earlier in the week and hope to compete for New Jersey’s delegates regardless of whether the Governor falls flat in neighboring New York and Pennsylvania.

One of Kasich’s delegate hopefuls who was also in attendance last night, Caldwell Councilman John Cascarano, told me that the assembled supporters sincerely like their guy’s odds and the bullish strategy of his top politico, John Weaver. And he and his fellow supporters are prepared to go all the way to Cleveland if need be.

“The mood was optimistic,” John related to me the morning after. “Immediately afterwards my friend and fellow District 11 delegate Tom Basta told me that he now felt more motivated than ever to work and win a spot at the convention. I felt the same way. I am happy and honored to be part of this delegate slate, and fighting for a cause I believe in. I plan on campaigning and doing everything I can to make Governor Kasich and his slate of delegates victorious on June 7th.”

“It is abundantly clear to me now that this race is going to go to the convention, so it seems the Ohio Governor had it right all along,” John continued. “One poignant (and true) line that was stated last night… at this point, there are two people who can be elected president: John Kasich or Hillary Clinton. Which would you choose?”