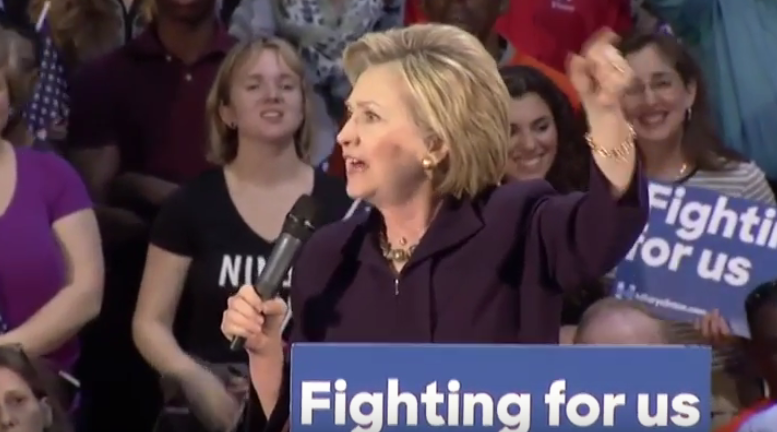 Hillary Clinton isn’t cruising to the nomination, Save Jerseyans.

Smarting from a stiff rebuke from West Virginia voters on Tuesday night, the former first lady, senator and secretary of state limped onto  Camden County College’s Blackwood campus the afternoon after the results to rally supporters and attempt to stem the bleeding in the Garden State’s June 7th contest where she currently leads her opponent, Bernie Sanders, in all public polling. Sanders held his own South Jersey rally in Atlantic City on Monday.

Clinton nevertheless looked ahead to the general election.

“It’s pretty clear at this point that we’re going to have a real difference in the general election,” Clinton said, referring to presumptive GOP nominee Donald Trump. “I believe with all my heart that we are better than the campaign that the presumptive nominee for the Republican Party (is running).”