Sanders takes on Trump in A.C. 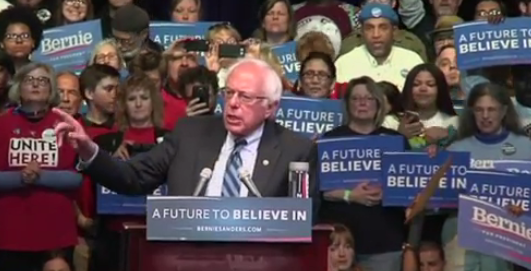 “Oh, you know Donald Trump?” Vermont Senator Bernie Sanders sarcastically asked a booing Atlantic City crowd on Monday, Save Jerseyans, in a rally held ahead of the state’s June 7th primary and in the middle of bare-knuckle state takeover negotiations:

The most recent poll found a 28-point lead for Hillary Clinton in N.J.