OPINION: “Pay me, dammit” attitude towards NJTTF isn’t a plan at all! 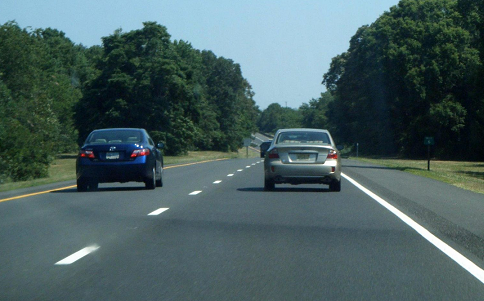 As an active citizen engaged in our state’s political process, Save Jerseyans, I’ve been fighting the flagrant mismanagement and institutional corruption perpetrated by New Jersey Transportation officials since 1988.

I consistently see waste, cronyism and inefficiency throughout the administration of transportation policy. Stories about the overruns like the Steve Wynn Atlantic City Tunnel (officially the Atlantic City–Brigantine Connector) where an $80 million proposal ultimately cost taxpayers $330 million are legendary. We’re watching in disbelief at Route 35 as change orders to the tune of $53 million and $23 million in unexplained overruns set the stage for taxpayer misery.

The solution, we’re told, is to send Trenton MORE money. We’re offered teasers in the form of reductions in other confiscatory taxes – but the result is the same – the politicians want to get more money to spread among their friends and grease the inefficiency that runs our roads.

I believe that the gas tax is the most regressive form of taxation because the people it hits hardest are those who can least afford it. The cost of transportation is built into everything we buy – from food to toilet paper – and the gas tax will increase the cost of all of them.

I called my representatives in the legislature to see where they stand on the tax increase. In the Assembly, I found that the position of Eric Houghtaling and Joann Downey is “they have no official position” because they’re still “studying the issue”. This is an abysmal lack of leadership and representation.

Then I called Senator Jennifer Beck. She had an opinion. “This tax is unfair”, she said, “There is a better way to serve the people without heaping more taxes on an already overtaxed state.”

I got answers. I saw leadership. She has a plan to make the bureaucracy deliver the services we expect without soaking drivers at the pump. It’s refreshing to see a government functionary insisting that everybody do more with less. It’s something we have been doing in the private sector for decades.

The answer to our problems is not to throw more money at them. The gas tax increase is a shell game designed to get more money to people who have not ever demonstrated that they can be trusted with it.

I’ve encouraged my friends to call their representatives and ask them to support Senator Beck’s plan and vote AGAINST any more taxes on gasoline. Who would want to have an additional $300 to $600 added to their transportation bill each year?

I prefer Beck’s approach. Beck’s “Let’s fix this” is much better than Sweeney’s “Pay me, dammit.”