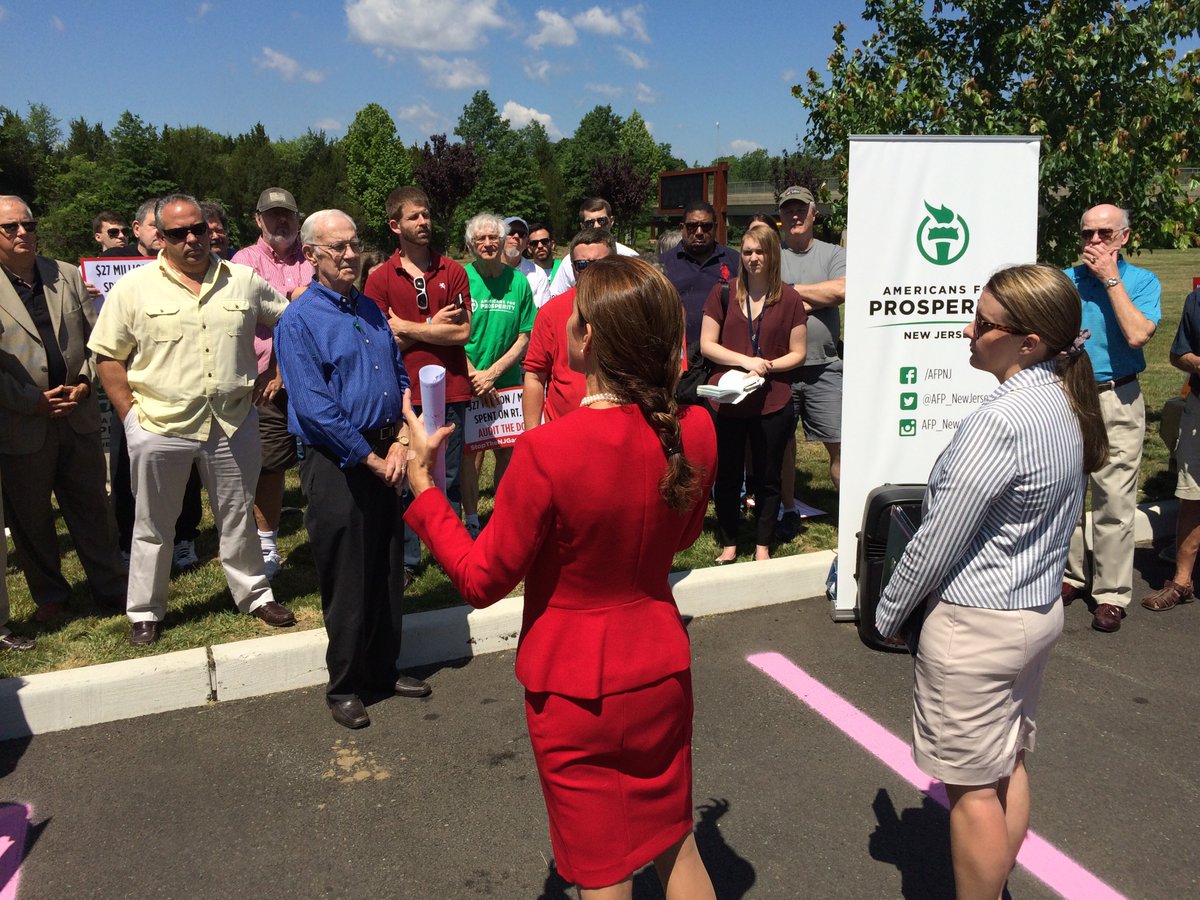 Jennifer Beck, who represents New Jersey’s 11th Legislative District in the State Senate, is one of the few Republican voices taking a firm “NO” position against a gas tax hike, Save Jerseyans.

Beck and dozens of tax hike opponents gathered at the Tinton Falls Municipal Building on Monday morning to voice their discontent. The event was coordinated by the New Jersey branch of Americans for Prosperity, a leading opponent of efforts to fund transportation expenses with higher gas taxes.

“We’ve already had thousands of people sign our ‘No Gas Tax Increase’ petition online, but we need to do more to demonstrate the massive opposition to higher gas taxes,” said Beck. “Many who live along and commute on the Garden State Parkway will be hit especially hard. If you oppose paying hundreds a year more at the pump, I urge you to contact the legislative leadership in Trenton and make your voice heard loud and clear.”

Advocates of a hike note that incoming revenues will be devoted to paying off current debt as of July 1st; in August, without a new influx of cash, “new” projects won’t go forward.

Before the rally, Senator Beck joined NJ 101.5’s Bill Spadea to discuss the rally and her efforts to push back against the gas tax hike. Click here to listen.
_____