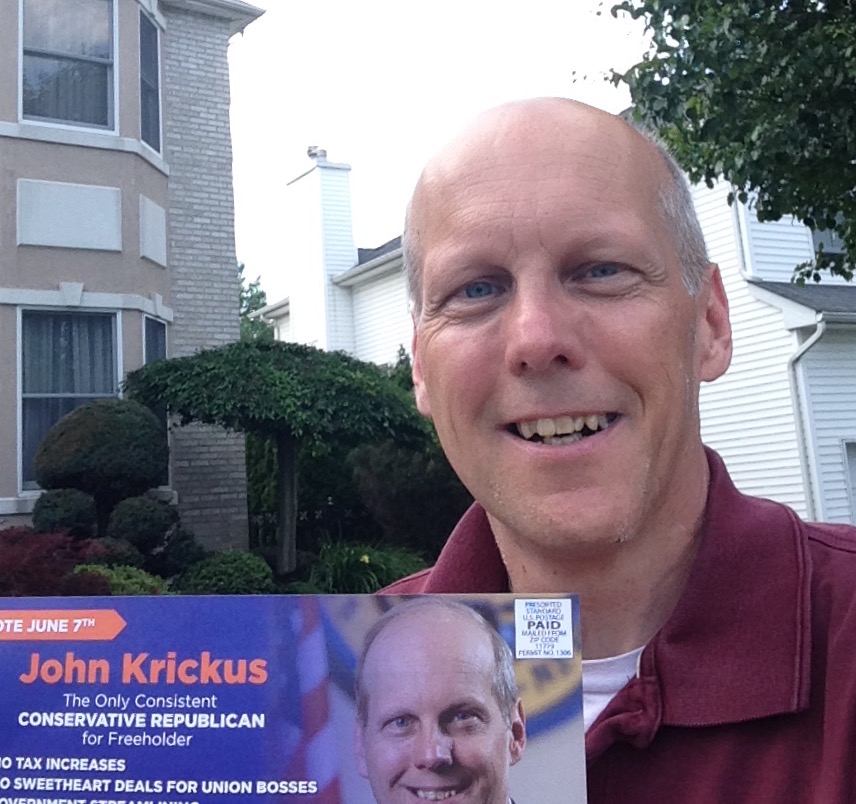 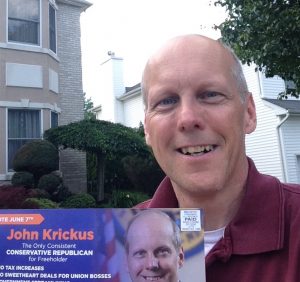 One of Tuesday’s most closely-watched primary contests is playing out its final moments in one of New Jersey’s northernmost and reddest counties.

Former Freeholder John Krickus lost his bid for a second term in the hard-hitting Republican primary election of 2015. One year later, he’s running harder than ever and observers believe he might parlay that hard work – and his name recognition – into a place on the 3-candidate November slate.

“10,000 doors sounds dramatic but the real number is closer to 12-13,000 doors knocked on by Krickus for Freeholder volunteers (and me!) covering nearly every town in Morris County,” Krickus told Facebook supporters on Monday night.

Krickus has fended off attacks from both sides in this cycle’s contest.

Morris County Republicans will also need to choose between Jim Gannon and John Sierchio who are vying to replace retiring Sheriff Ed Rochford.