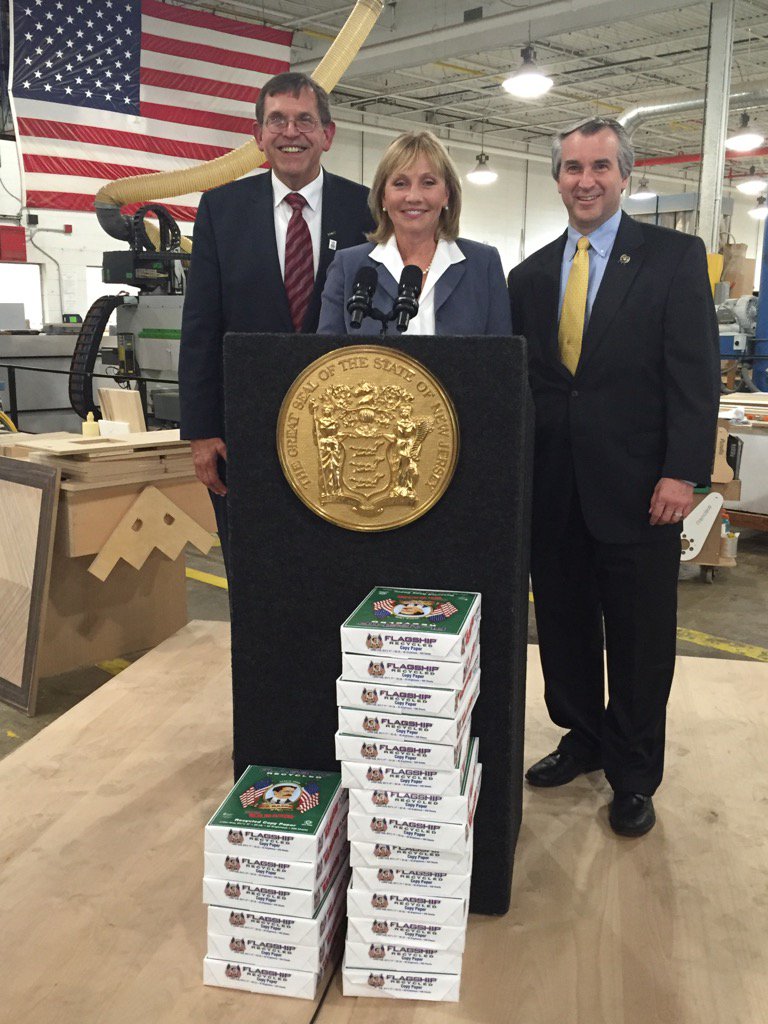 With her shadow front runner campaign for the 2017 GOP gubernatorial nomination in full-swing, Save Jerseyans, Lt. Governor Kim Guadagno is making full use of Chris Christie‘s week-long Cleveland convention sabbatical to generate some of her own headlines.

She started the morning after Governor Christie’s convention speech by doing a recurring radio segment with our pal Bill Spadea over at NJ 101.5 and then making a major business sector-related announcement.

“I am proud to announce that 2015 was a record year for business growth in New Jersey,” Acting Governor Guadagno said from the floor of Patella Woodworking in Passaic. “More than 97,000 new businesses filed to begin work in our state last year which marks the highest level in New Jersey history. To put this into perspective, this marks a 21 percent increase in business filings since we came into office six years ago. Our administration stands ready with new and innovative tools to help all these new companies and prospective employers grow, create jobs and offer more prosperous opportunities for New Jersyans.”

During the first full year of the Christie Administration? 80,773 filed in 2010 according to the New Jersey Department of the Treasury. Guadagno predicts another record in 2016; thus far, the state has seen 43,175 new LLC filings alone while 20% fell under a different classification.

Her decision to run on the Christie record will prove challenging if the Governor’s abysmal job approval ratings persist into the upcoming statewide cycle.

The LG hasn’t made a strong separation from her boss to date, recently refusing to take a firm stand on the gas tax issue while expressing general disagreement with the Democrat legislative majority’s affinity for taxation.