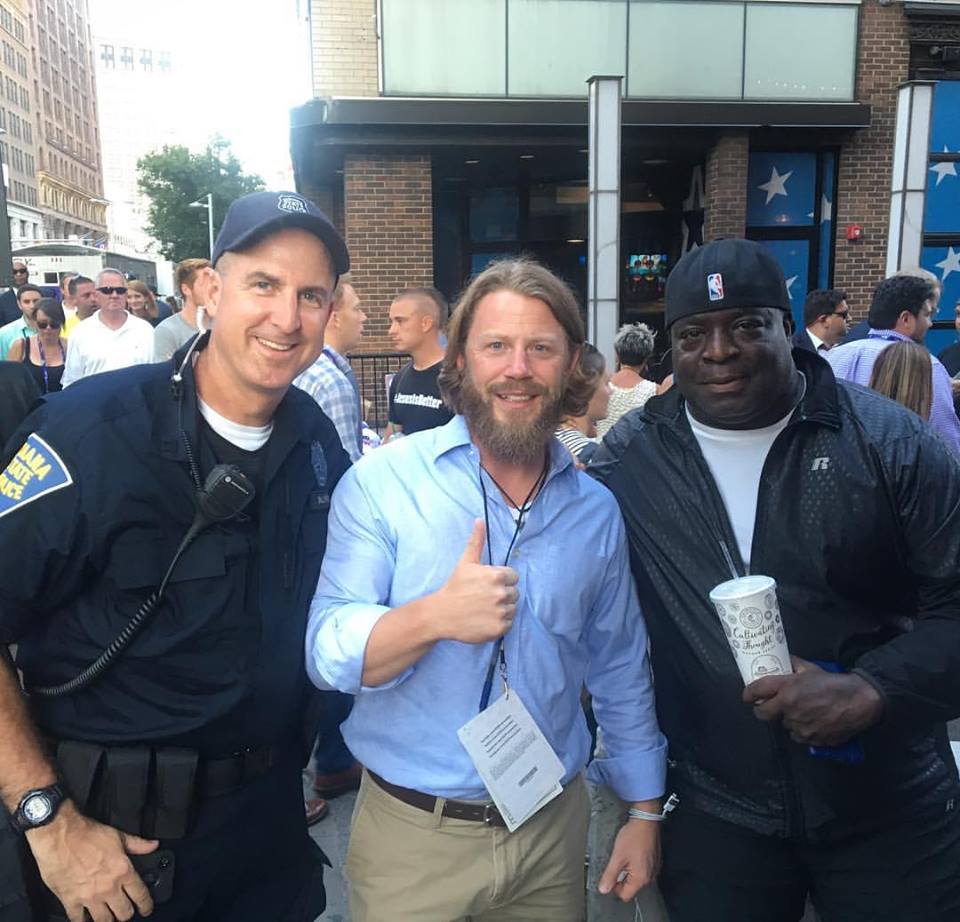 This has been a difficult convention in many respects, Save Jerseyans.

Protests in the streets and resurgent Trump vs. Cruz factional drama inside the convention hall haven’t painted the prettiest picture for anyone in search of an inspiring, redeeming American story.

It goes without saying that I don’t think it’s done much for GOP morale.

Will we ever come together?

Leave it to our unapologetically optimistic and famously free-spirited friend Frank Luna (pictured center right), a veteran GOP operative and senior staffer for Rep. Tom MacArthur (R, NJ-03), to cut through the muck and give us something positive with which to walk away.

“Earlier tonight on a street corner in Cleveland, among literally thousands of people walking around, there was a band on the street playing Purple Rain by Prince,” he wrote on his Facebook wall hours before Mike Pence’s acceptance speech. “At one moment I found myself between a police officer from Indiana and a gentleman from Cleveland. We all just looked at each other and in enjoyment of the music just nodded, smiled, and began to chat.”

“In light of the turmoil in the world and in many communities in the United States, it was literally one of the best moments in my life,” Frank added.

There’s still hope if you’re willing to take a walk, take a chance and start the conversation, folks!