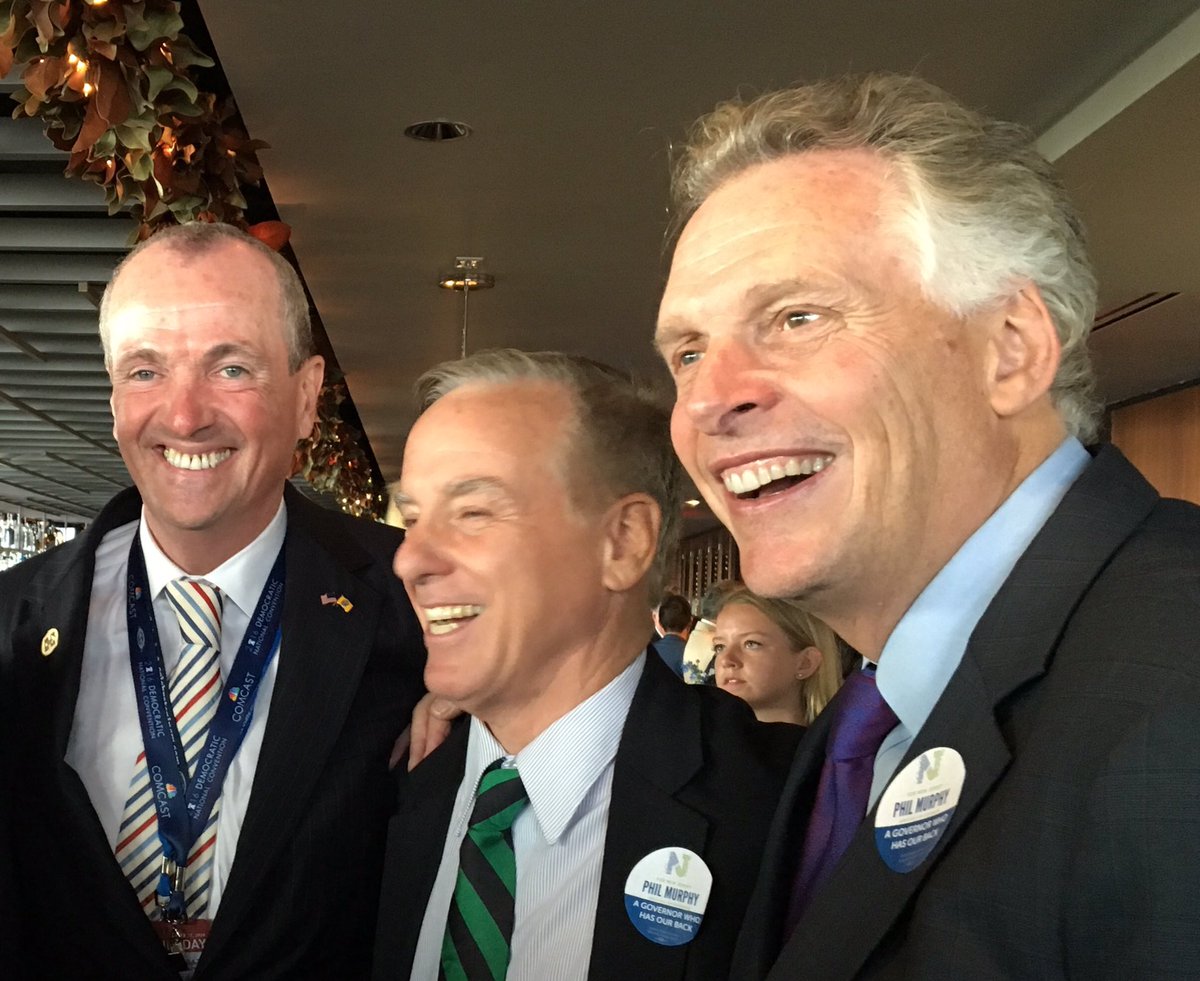 On Wednesday, the campaign announced via Twitter that Virginia Governor Terry McAuliffe and former Vermont Governor Howard Dean had confirmed their support at a DNC event in Philly:

Thank you to governors Howard Dean and Terry McAuliffe for your leadership and support for my campaign for #NJGov. pic.twitter.com/oEsTDgU7rF

McAuliffe is currently being probed by the FBI according to numerous media reports.

Dean is best known for his very public meltdown after finishing a disappointing third place in the 2004 Iowa Caucuses.

Murphy is likely to face at least two other Democrats – Senate President Steve Sweeney and Jersey City Mayor Steven Fulop – in the fight for next year’s Democrat gubernatorial nomination.

Whether any of this helps Murphy do more than raise money from Clinton-types (which isn’t really his weakness) remains to be seen. I’m skeptical.