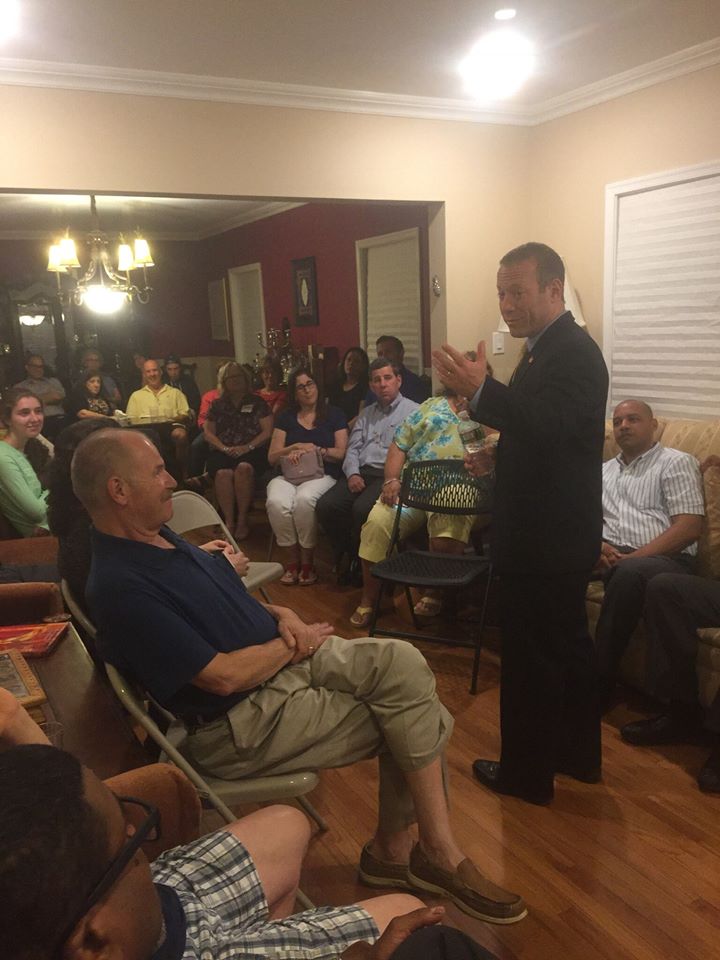 Rep. Scott Garrett (R, NJ-05) is considered this cycle’s only vulnerable New Jersey congressional candidate, Save Jerseyans, but running in an R +4 district against an incumbent, the Democrat ordinarily needs help from environmental factors independent of his or her performance on the ground.

The stars might not be aligning for Josh Gottheimer in 2016.

Here’s one possible indication: the reliably active social media user is silent during this week’s Democrat National Convention in Philadelphia.

The quadrennial event is a prime fundraising opportunity and visibility-augmenting tool for prospective candidates. It’s also a major gathering place for long-time Clinton World flunkies of which Gottheimer is most certainly one.

So is Gottheimer spending much time in Philly?

Sources confirm he’s keeping a low profile unlike other members of the state’s congressional candidate delegation.

“Great night in Bergenfield meeting with local residents and talking about lowering taxes, train safety, and other issues important to the community,” Gottheimer announced via Facebook on Monday, posting from half a state away from the action on the night that Democrats opened their convention.

His opponent thinks he knows why the Democrat challenger is keeping his distance.

“The Convention has been the center of a great deal of controversy – from protests to the recent emails that show that the Democrat Party made sure that Hillary Clinton was chosen as their nominee. Perhaps Mr. Gottheimer does not want to be associated with that or maybe he does not want to speak out against his friend Hillary,” the press team surmised in a Wednesday night e-mail. “Trying to distance himself from his relations to the Clintons could be the driving force in this. Warren and Sussex Counties were the only places in the entire state that Hillary did not win in the New Jersey Primary. He could be using his relationship only when it benefits him, like at fundraisers, and avoid them when it hurts.”

Gottheimer’s Clinton connections have helped even the playing field with Garrett on the cash front, a situation exacerbated by the Republican’s strong opposition to gay marriage and the resulting heat he’s taken from certain former donors.

If any more e-mail stories break? All the money in the world might not be able to save aspiring Democrats this time around, or at least ones like Gottheimer who are trying to flip red districts.