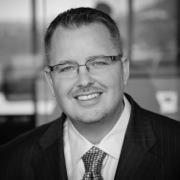 Jeff Roe appeared on the Philly-based Chris Stigall Show on Thursday morning and declared that Christie had “turned over his political testicles long ago.”

“So I don’t take what he has to say with any meaning. You know, he embarrassed himself pretty quickly in this,” Roe continued.

The New Jersey Governor has been Donald Trump‘s most consistent and vocal defender. After Senator Cruz declined to endorse Trump in his convention speech, Christie told NBC news that “[i]t was an awful, selfish speech, which showed everybody why he has richly earned the reputation he has on Capitol Hill. I don’t understand how someone can come into this room and give that cute speech he gave tonight.”

Governor Christie delivered a generally well-received and exceptionally fiery speech on Tuesday night in Cleveland but weathered derision four years ago when his own 2012 convention speech focused solely on his own accomplishments instead of that cycle’s nominee, Mitt Romney.