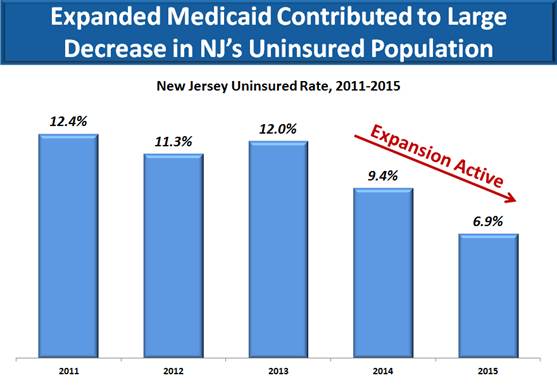 One of Governor Chris Christie’s least popular decisions with Republican and conservative circles was his February 2013 decision to accept a federal Medicaid expansion.

“This ‘cost shifting’ contributed to increases in the costs of employer and individual health insurance plans. As private health insurance became prohibitively expensive for many Americans, more became uninsured or covered by government plans. And as more participants in government plans strained state and federal budgets, the gap between payouts from Medicaid vs. private insurers became even larger,” former U.S. Senator Jim DeMint warned back in 2015. 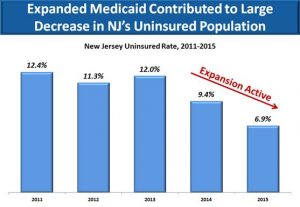 The Christie Administration sees things differently or at least wants to focus on other aspects of the post-Obamacare reality in New Jersey.

On Monday, Christie’s press office trumpeted findings in the NJ FamilyCare 2015 Annual Report which determined that 566,655 more residents are now enrolled in the program since January 2014.

The Governor, a regular critic of the Affordable Care Act, also insists it was the fiscally responsible option given the state of federal law.

“By expanding Medicaid, New Jersey took advantage of enhanced federal matching rates and got New Jersey taxpayers a better value for their investment in the health of their fellow citizens. As a result, New Jersey was able to decrease the state’s share of overall expenditures to 39 percent in 2015, down from 45 percent in 2014,” the Administration announced. “As the population expanded, costs did not simply increase in a straight line. Instead, the overall average cost per beneficiary decreased by 7.7 percent, from $9,690 in FY 2014 to $8,940 in FY 2015.”

What about cost-shifting for consumers?

Health insurance costs for businesses and Obamacare participants are up sharply meaning many taxpayers will get an additional, indirect tax; as predicted by Senator DeMint and his Heritage Foundation, all of that new spending doesn’t happen in a vacuum.