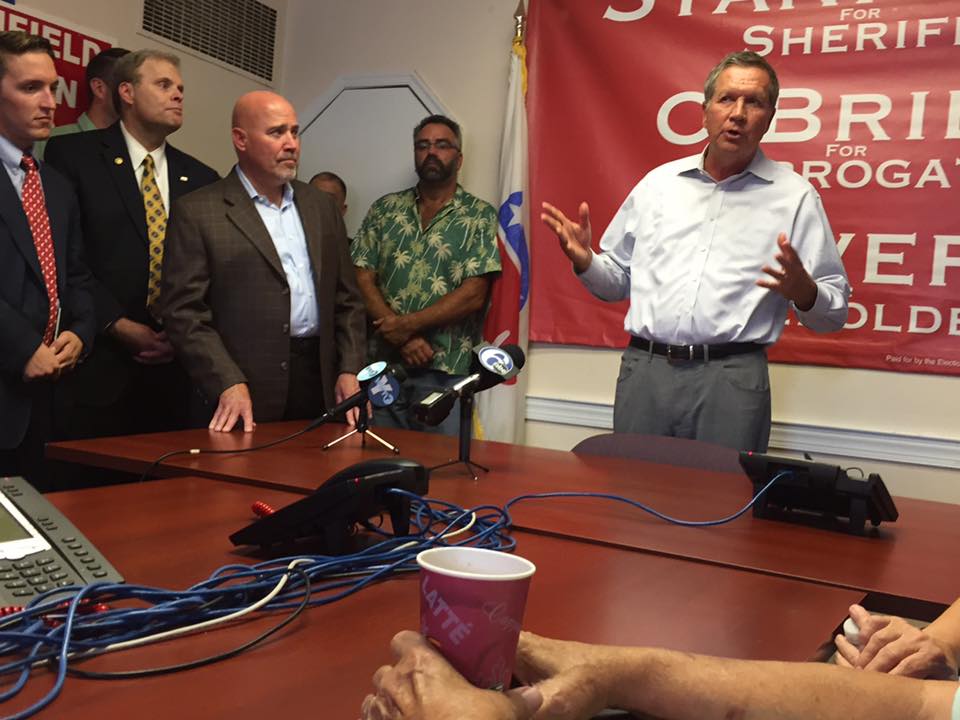 His goal: help reelect freshman Republican Tom MacArthur to the House of Representatives.

In his remarks to a Third Congressional District audience full of local GOP leaders and elected officials, the Ohio Governor stressed the important of keeping Congress in Republican hands.

Kasich and McArthur were joined at the High Street, Mt. Holly headquarters by Lt. Governor Kim Guadagno. She is widely considered the front runner for next year’s 2017 gubernatorial nomination.

Next up this evening: a closed-to-press meeting in Trenton. 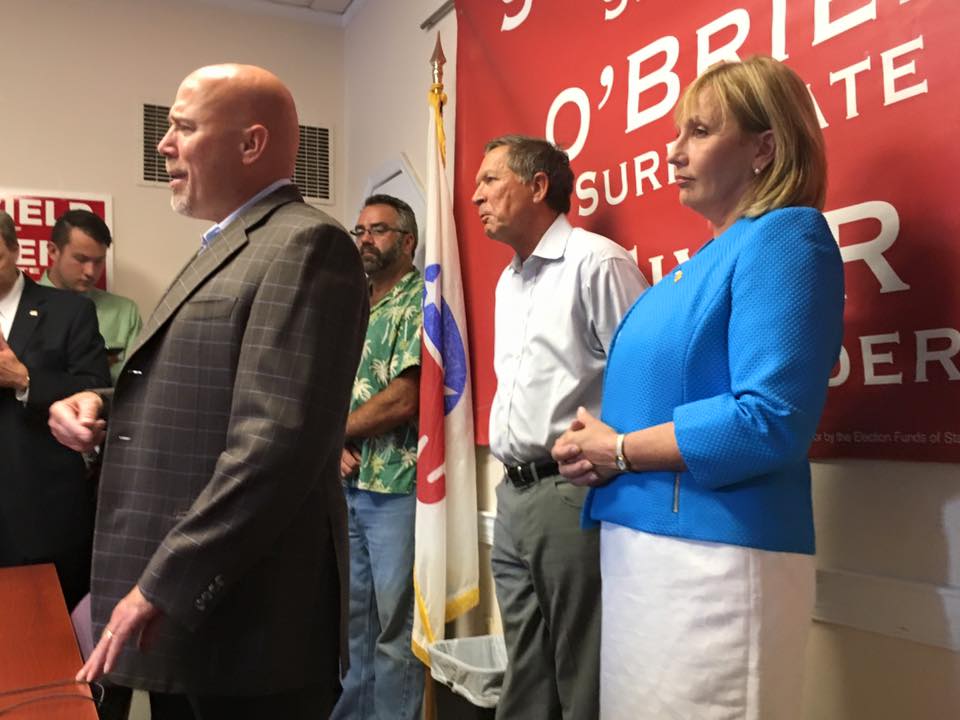