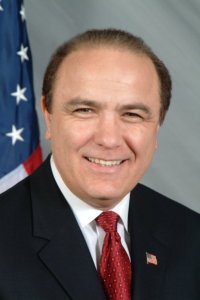 It’s an ugly reality of politics that a lack of money results in a lack of chances to win up-and-down the ballot.

Bergen County Republicans understand this fact of life better than anyone. At the end of last spring’s contentious battle for the chairmanship, the BCRO has less $100 ($89.74) on hand for incoming chairman Paul DiGaetano to work with.

One of the more hotly contested points during that intra-party election involved now-Chairman Paul DiGaetano’s expressed intention to bring on Chuck Shotmeyer, a fundraising wizard, as the new finance chair. Shotmeyer had offered a full-throated endorsement to DiGaetano and signed on to be Finance Chair if DiGaetano succeeded.

It’s not looking like a controversial move today. As of September 30 (not counting two high-ticket fundraisers), the BCRO has raised over $200,000 since DiGaetano took the office, allowing Bergen Republicans to remain competitive in the county race spending war for the first time in recent memory.

“The former chairman wasn’t wrong; people were literally stashing away money for BCRO,” remarked one county operative. “They saw giving money to the former leadership team as akin to using it as kindling in their fire pit.”

Whether improvement on the fundraising front translates into electoral success this fall remains to be seen, but if it keeps up, the BCRO is on much stronger footing going into a pivotal 2017 election where any hope of regaining the State House will have to run through District 38 (and perhaps 36).