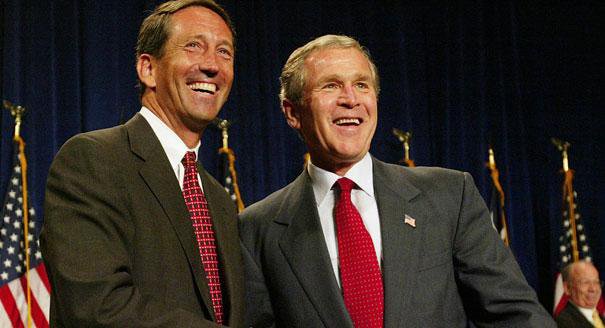 Our state’s reputation is in the toilet, Save Jerseyans.

So much so that a guy who literally disappeared during his governorship to hide an affair thinks our politics is gross.

I’m referring of course to former S.C. Governor and current congressman Mark Sanford who isn’t amused by President Trump’s alleged threat to “primary” him over his opposition to the AHCA (American Health Care Act); Sanford is a member of the House’s ‘Freedom Caucus’ that’s taking a lot of the heat for killing the controversial legislation.

“I mentioned this to a couple of colleagues, and they said it sounds very Godfather-ish,” Sanford told one newspaper. “Their point was that this approach might work in New Jersey, but it probably doesn’t work so well in South Carolina.”

Trump Tower is located in Manhattan.

Don’t drag us into this!

But you’re welcome to drop by during your next mysterious Appalachian Trail hike and I’d be happy to give you an abbreviated regional tour and set the record straight.