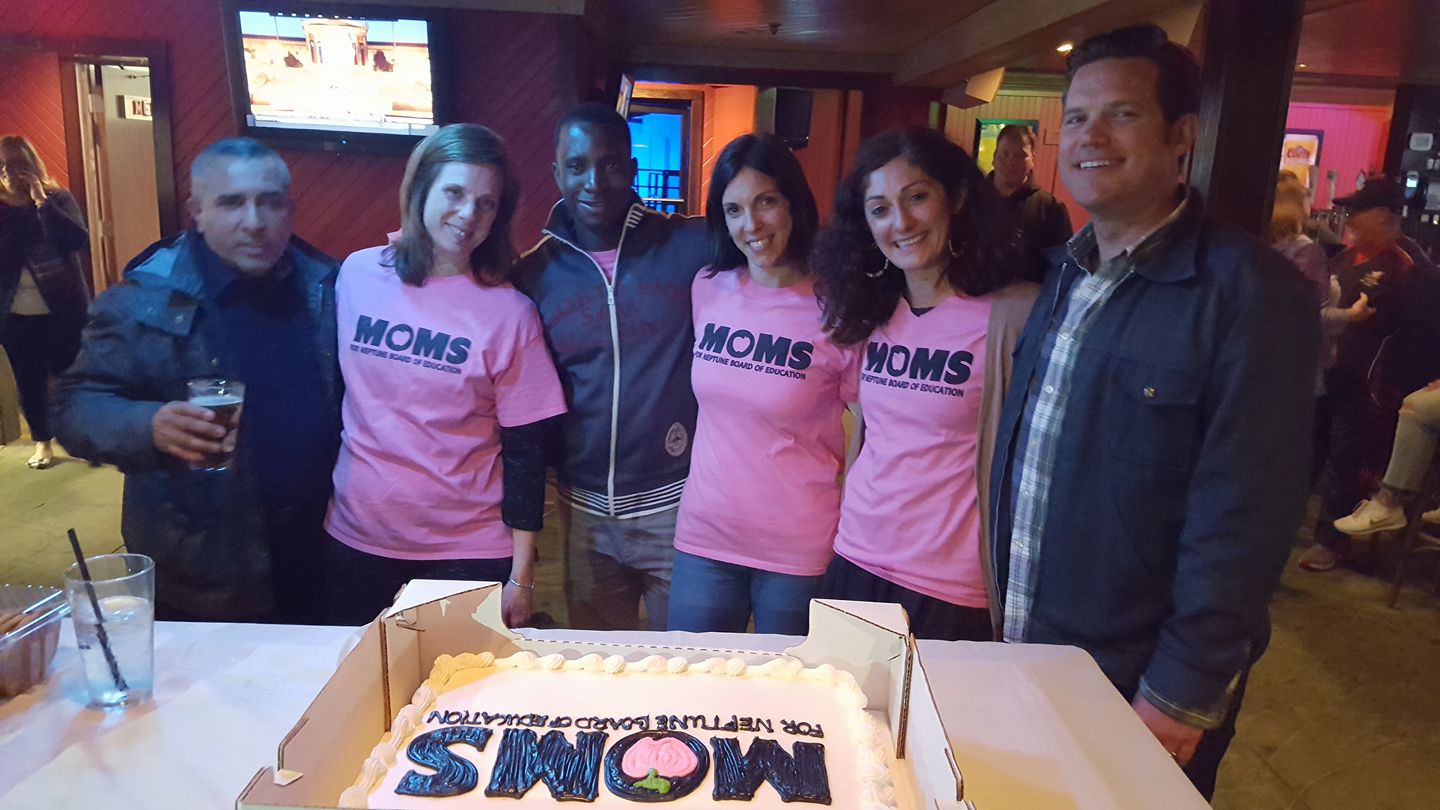 New Jersey’s property tax battle is a local battle, Save Jerseyans, and tonight in Neptune, incumbents Dwayne Breeden and William Wells and their running mate Joann Valentine went down in an approximately 2-to-1 defeat to the “Moms for Neptune BOE” slate of Brady Connaughton, Dorothea Fernandez and Nicole Green.

The victorious and creative trio carried 15 of 20 districts with branding that attracted plenty of attention in Monmouth County circles.

Making things a little more interesting? The incumbents bludgeoned their opponents with anti-Trump literature, attempting to tie the challengers in the nonpartisan contest to their local Republican supporters:

It didn’t work (and arguably backfired).