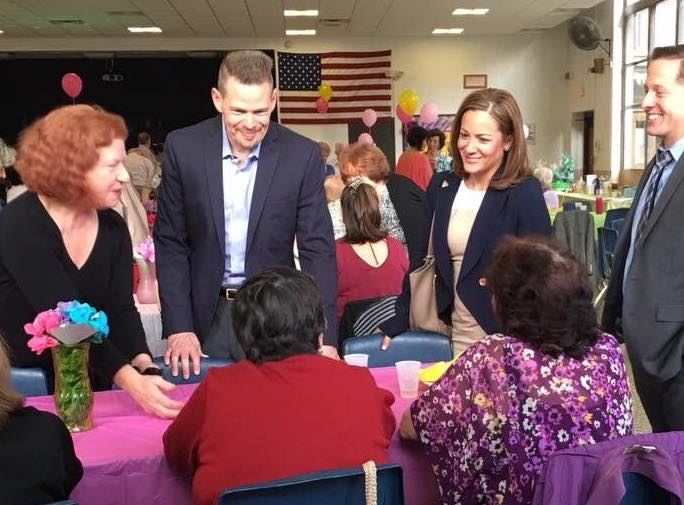 “Ed” is the owner of a Bergen County towing company and he says he’s getting by. He’d love to increase his employees’ pay but that will only result in increasing the staggering thousands of dollars he sends to Trenton each month for payroll taxes.

Late last year our neighbors in the corner house here in Saddle Brook moved to upstate New York. When I asked why they were moving, the answer was, “We’d love to stay, but we can’t afford to live here anymore with the property taxes.”

In the last three years alone, the state’s already checkered reputation has suffered multiple instances of the appearance of or actual corruption of government and elected officials.

It has to be said…we are losing in New Jersey. It’s not working for too many people. And when something is losing or lost or needs a turnaround – it’s time for redemption. Political, economic, social redemption can start with New Jersey’s Second Chance this election year.

Four ways we can give our state a second chance…

There are taxes, and then there are Jersey taxes. Most people would agree that paying a fair portion of their earnings for the greater good is fine. But here in New Jersey, taxes of all kinds – property, payroll, income, gas, and more have a punitive, stifling effect. That’s wrong. A fair portion for the greater good is acceptable, but weaponizing taxation to squeeze citizens for more money to cover Trenton-style spending and mismanagement is why Trenton has become a sinkhole for tax dollars.

Government needs to be essential and minimalist by nature because the revenue upon which it operates is not its own. Quite the opposite, Trenton often seems to be saying, “What else can we tax?” and “Where can we find more revenue?”

Instead, with a second chance – “Let’s prioritize what state (and local) government does to find savings” and “Let’s innovate operations and services to find savings” and “Let’s develop partnerships to localize services and make government more efficient.” See, over and over, very clearly, Trenton does for Trenton. The Trenton mindset is – the people can and need to pay more (false and economy-killing); it’s never, let’s look at what we here in Trenton can do. Instead of desperately seeking revenue – Prioritize, Innovate, Partner. In addition to no new taxes, it’s the only way to get to genuine reductions and relief.

A quick tour of local downtowns and main streets – one sees many closed down stores and for rent signs. Progress is being made on the overall job numbers but we seem to have lost sight of our main economic engine here in New Jersey – Main Street. A second chance with the economy must be policies, tax rates and regulations that enable citizens, communities and local businesses to thrive. This must be the center and the driver and measurement. Jobs, economic activity, entrepreneurship – in Fair Lawn, Oradell, Saddle Brook, Rochelle Park, Hasbrouck Heights and more. Of course New Jersey is a state, but it’s substance, its heart is these towns and the people that live and work and shop there.

It’s in these townships, boroughs and cities that we find many social challenges – parenting, isolation and disconnection especially senior citizens, an opiod drug epidemic and more. And yet there are wonderful things happening there too. Where it’s working – it has to do with partnership, connection, compassion, and a valuing of all people. That’s the second chance for New Jersey, as people, as families and communities. Here in Saddle Brook, we started the Community Partnership – a gathering of leaders from local government, schools, seniors, social services, houses of worship, emergency personnel, students, recreation and businesses – with the goal of serving and connecting the most vulnerable people in the township. It’s working and it can be easily modeled in any community. Guess how much it costs? Nothing. Its value is priceless in giving us a second chance at a quality life here.

Now more than ever, we need a second chance when it comes to leadership. It starts with a simple question – is it working? Is the “establishment” working for you? If everything is going great then there is no need for change. But you and I know it’s not working. We need leaders in all branches of government with vision, courage, common sense and a pure desire to serve. For me, seeking to serve is an extension of my faith mandate, “love your neighbor as yourself.” For too long we have tolerated ambition, ego, winning for winning’s sake, lack of accountability and more – that’s where we are. But we don’t have to stay here. Citizens have a right and duty to expect and demand competence, solutions, honor and sacrifice from leaders. That shift will also lead to redemption.

The opposite of redemption is ruin. Here in New Jersey in 2017 we stand at a crossroad. Continue along the same path, same policies, and same type of leadership – it will lead to ruin – fiscal, economic and social.

For Ed, for struggling neighbors, for all of us, we need New Jersey’s second chance to start now.

Rev. Christopher B. Wolf, is pastor of the First Reformed Church of Saddle Brook and a Republican Candidate for General Assembly in the 38th District. His platform is titled, “New Jersey’s Second Chance” – www.christopherbwolf.com. Wolf, a Fair Lawn native, is a graduate of The College of New Jersey, New Brunswick Theological Seminary, the author of two books and host of a weekly radio show with listeners all across the nation. Prior to ministry, Wolf worked in New Jersey state government, as an aide to Assemblyman and as spokesperson for the Department of Community Affairs.

Rev. Christopher B. Wolf is pastor of the First Reformed Church of Saddle Brook and a Republican Candidate for General Assembly in the 38th District. Read Full
More posts by the Author »