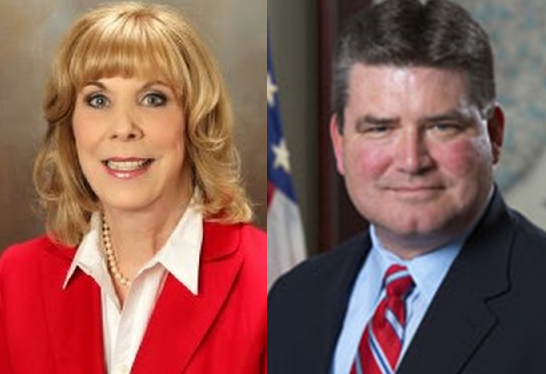 Remember that famous parking garage scene from All the President’s Men (1976), Save Jerseyans?

Here’s an entry from today’s POLITICO‘s New Jersey Playbook by Matt Friedman (which you need to start following if you’re not already):

DOGS AND CATS TOGETHER – “Labor PAC spends big in GOP primaries to aid incumbents who supported gas tax,” by POLITICO’s Matt Friedman: “A PAC tied to a labor union that pushed for last year’s gas tax increase is spending big money in two Republican primaries where incumbents who supported last year’s gas tax increase could face backlash. According to campaign finance documents filed with the New Jersey State Election Law Enforcement Commission, a new PAC called Stronger Foundations has spent $275,100 on advertising, polling and PR consulting in northern New Jersey’s Districts 24 and 26. The only name attached to the PAC on public filings is Christopher Lalevee. He is the brother of Greg Lalevee, business manager for International Union of Operating Engineers Local 825. The union – many of whose 6,800 members work on New Jersey’s transportation infrastructure – was a proponent of increasing the gas tax by 23 cents per gallon to replenish the state’s Transportation Trust Fund, as part of a package that also cut several taxes. Greg Lalevee is also vice chairman of the Transportation Trust Fund Authority. State Sen. Steve Oroho, a Republican from Sussex County in the 24th District, was the prime sponsor of the gas tax hike. Assemblywoman BettyLou DeCroce, a Republican from Morris County in the 26th District, also voted in favor of the gas tax hike.”

Not telling you how to vote. I never do!

But a fair number of you have reached out in recent days desirous of some substantive guidance as campaign mailers bombard your mailboxes and those pesky robocalls start to pile up in your voicemail box. After all, we’re not only selecting elected representatives who will serve for the next couple years; we’re deliberating over what sort of Republican Party we’re going to have in this state once Chris Christie joins a consulting firm, radio station, or federal government agency.

My best advice? Compartmentalize what I’ve written/said and ignore the paid media materials for the next few days.