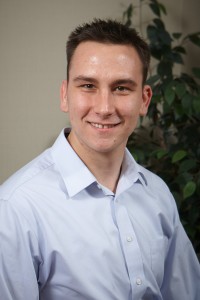 We regrettably have sad, difficult news to share this morning:

Save Jersey has learned from colleagues close to him that widely-respected New Jersey Republican operative Rick Rosenberg died suddenly this weekend, Save Jerseyans.

A veteran of New Jersey GOP campaigns at both the legislative and local levels and a prized member of strategist Chris Russell’s political consulting group, Rosenberg, who was only in his early 30s, most recently served as statewide campaign manager for former gubernatorial candidate Jack Ciattarelli.

His travels as a young ace operative took him from rural Gloucester County to suburban Bergen and many points in between including Middlesex County which he considered his home turf.

“It can be an overused honorific designation but, in this case, Rick Rosenberg was without a doubt one of the New Jersey Republican Party’s genuine rising stars. One of the ‘good guys’ in the rough-and-tumble world of Garden State politics,” said Save Jersey chief editor and founder Matt Rooney. “Rick had that rare combination of talent and humanity. He could laugh at himself but the causes he believed in were never a joke to him. He believed in his candidates and his campaigns, 100%, and they in turn believed in him. I’ll miss not just his irreplaceable contributions to our party and our state but also his friendship in a business where true friendship is hard to come by.”

The entire Save Jersey family expresses its deepest sympathies to Rick’s friends, family, and colleagues at this exceedingly difficult time.