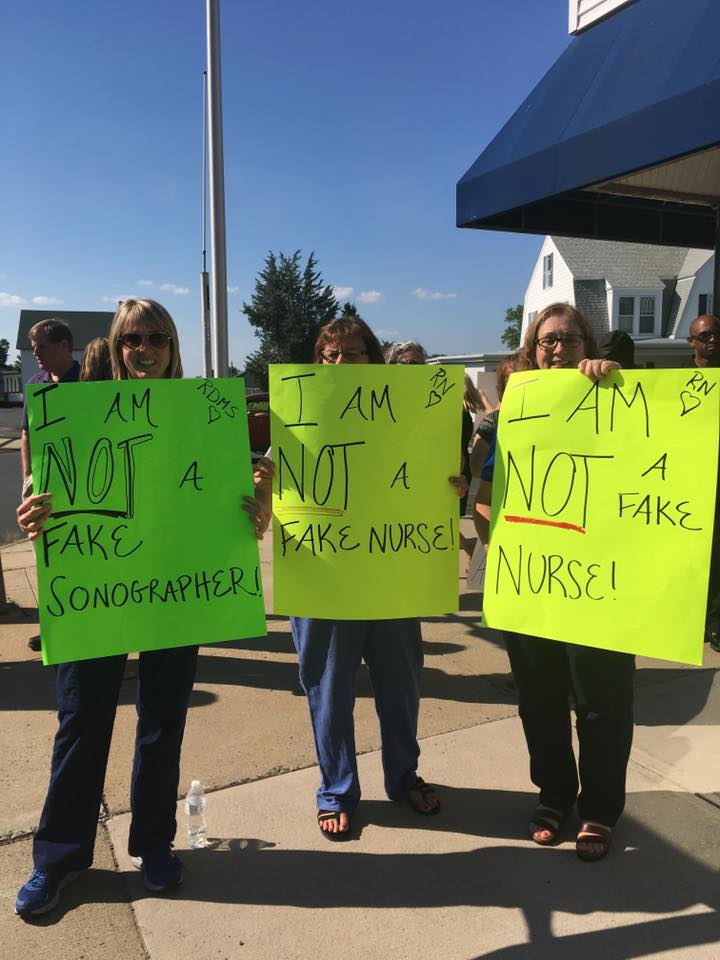 The latest example comes from a group going by the name “Expose Fake Clinics” which is encouraging abortion supporters to hit the streets to protest outside of crisis pregnancy centers – also known as CPCs.

These centers are often tied to, if not directly run, by religious organizations. Some of the most common free services they provide are pregnancy tests, ultrasounds, STI/STD testing, adoption counseling and referrals, parenting support programs, post-abortion recovery support, and information on natural family planning to name a few.

The “Expose Fake Clinics” group has set up a website that includes an interactive map with a search feature that shows the location of organizations all over the country that they have deemed CPCs. The purpose of this map is so that people can find CPC locations nearby and coordinate demonstrations outside to “expose” them.

I searched the interactive map and was surprised to find seven locations for Catholic Charities in South Jersey listed as potential targets. Catholic Charities are not operating solely as CPCs. They do an immense amount of other meaningful, non-controversial work in their communities.

Yet the abortion advocates and the extremist abortion organizations they’ve partnered with are placing a target on Catholic Charities:

News flash to the pro-abortion zealots: the majority of religious organizations, most notably Catholics, do not endorse abortion and that ain’t gonna change just because you pick up a sign and stand outside of their doors.

This group recently helped stage a demonstration outside of ABC Womens Center in Connecticut. The pro-abortion women didn’t realize it but ABC got wind of their plans and decided to stage a counter-demonstration. ABC does amazing work that has helped so many women and their families so once the word was out, it didn’t take much to find women who were willing to drop what they were doing to show up to support them:

Listen up, Save Jerseyans: if you believe in the most basic right, the right to life, please keep an eye on the “Expose Fake Clinics” website and Facebook page. If you notice a demonstration being planned at a CPC near you, notify the organization immediately and if you’re so inclined, set up a counter protest.

Don’t let these demonstrations go unanswered. The abortion-enthusiasts need to know that not all women support their agenda, that religious organizations have a right to offer life-affirming support to women and that CPCs make positive contributions to the lives and health of women every single day.