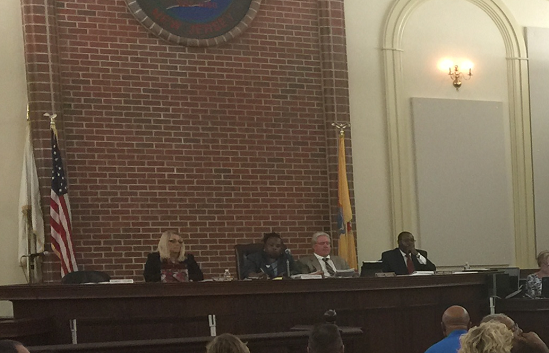 One of Burlington County’s few Democrat strongholds looks to once again be a source of political scandal and controversy this election season, Save Jerseyans.

The issue centers on an agreement reached with Jason Carty, of Lumberton, who was hired as fire chief and director of emergency services in 2014, and a previous business relationship he had with the municipality’s former solicitor, George Saponaro.

Although the position has since been eliminated and Carty has filed a federal lawsuit against Westampton, the majority of the Township Committee voted Monday to formally send a request to the Prosecutor’s Office to investigate.

Deputy Mayor Abraham Lopez, who was not on the committee when the contract was awarded, has been calling for an investigation into why Saponaro was allowed to negotiate the agreement since he previously incorporated a business that Carty had created. “

The full story from the Burlco Times is here.

This isn’t the first time that Cary has been the subject of charged accusations and political warfare.

As reported by Save Jersey back in 2015, GOP opponents accused the former fire chief of participating in an alleged quid pro quo with then-Councilman Robert G. Maybury, Jr. Supporters said the entire affair was, at worst, a case of unfortunate timing. Lopez (the who ultimately prevailed in November) had asked the N.J. Attorney General to investigate. No repercussions ever resulted from the ordeal.