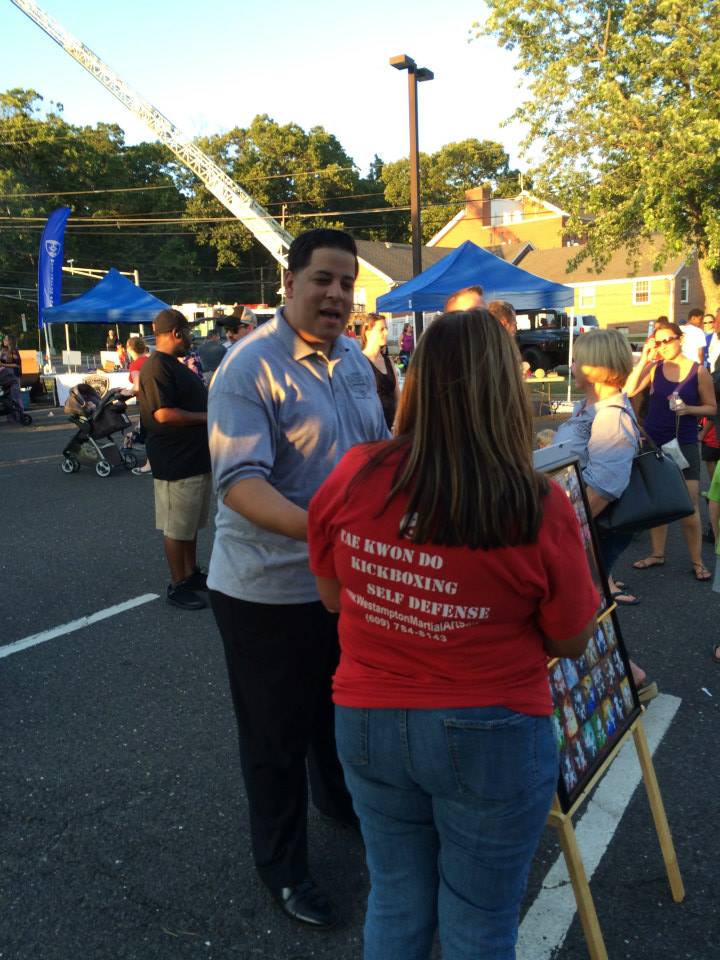 One of Burlington County’s more interesting 2015 local contests is heating up, Save Jerseyans, as Westampton’s GOP ticket accuses Robert G. Maybury, Jr., a Democrat who is seeking reelection this year along with fellow Dem Robert Thorpe, of quid pro quo behavior underlying a fire chief hire.

Does it all boil down to a matter of $90,000? It all started when Committeeman Maybury cast a deciding vote (the all-Dem board split 3-2) to hire Fire/EMS Chief Jason Carty to a $90,000-a-year post in the immediate aftermath of Carty voting, in his capacity as a then-commissioner with the Mount Holly MUA, to hire Maybury as the MUA’s interim Executive Director… another $90,000 per year position.

The entire ordeal is already the subject of an ethics complaint filed with the New Jersey Local Finance Board as previously reported by Philly.com.

Unfortunate timing? Or something more?

Lopez is crying foul. “Committeeman Maybury and Mr. Carty both used their official, public positions to hire the other to highly-paid public jobs,” the GOP candidate alleged in a statement obtained by Save Jersey. “That is the very definition of a quid pro quo and it’s everything people can’t stand about politics and politicians. That’s why today I am asking the State Attorney General to take a closer look at what’s happened here and make a determination, since clearly the Township Committee cannot be trusted to take a legitimate, unbiased look at this mess.”

And Lopez claims the alleged quid pro quo is just the tip of the iceberg where this one is concerned. As always, we invite you be the judge (we’ll also keep you in the loop regarding any developments).

Abraham is running this year along with realtor Maureen Smith-Hartman who stepped into the race after Republican Karen Sampson withdrew from the ticket in July citing personal and professional obligations. Thorpe, by the way, is filling an unexpired term.

The text of his AG letter is the below the fold:

I am writing you today to ask that your office open an investigation into a blatant quid pro quo by Westampton Township (Burlington County) Committeeman Robert Maybury and our new Fire/EMS Chief Jason Carty.

As a Philadelphia Inquirer article from February 13, 2015 accurately reports, a complaint has already been filed with the Local Finance Board in response to actions taken by Committeeman Maybury when he cast the deciding vote (3-2) to hire Jason Carty to the $90,000-a-year post he wasn’t qualified for shortly after Carty, as a Commissioner with the Mount Holly MUA, had voted to hire Maybury as that outfit’s interim Executive Director at a cost to ratepayers of $90,000 per year. (Philadelphia Inquirer, “Ethics complaint targets Westampton committeeman,” February 13, 2015, by Jan Hefler)

Unfortunately, the Local Finance Board has simply refused to take action on the complaints it received more than five months ago related to this matter.  Sadly, according to another Philadelphia Inquirer story last week (“Local ethics complaints handled quietly, July 20, 2015), the Board’s failure to do its job in a timely and transparent manner is commonplace and the source of growing consternation to some members of the State Legislature.

While the unethical – and potentially illegal – behavior of Committeeman Maybury and Mr. Carty greatly concern me from a good government standpoint, I am even more concerned that this quid pro quo landed an unqualified applicant in way over his head and put our community at increased risk.

According to his resume, Mr. Carty never held a title higher than “Firefighter” and didn’t provide a single reference from a fire department where previously worked. Despite several attempts, it appears he was unable to pass the New Jersey Civil Service Commission or the Fire Department Level 1 Supervisor Test. We’re talking about a job where people’s lives are on the line every day – both our firefighters and the people they serve.  This was not just a bad hiring; it was a dangerous one.

Given all of that information, why did Committeeman Maybury cast the deciding vote to hire Mr. Carty? My guess is that he had ninety thousand reasons. Thank you very much for your time and prompt attention to this serious matter.