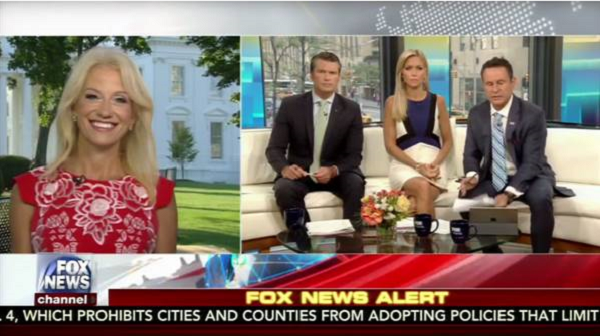 Inevitably, another prominent New Jersey politico for the other side of the aisle (and his pending corruption trial) entered into the discussion:

“There’s something else going on with the math, the calculation that nobody talks about, which is, New Jersey’s Senator Bob Menendez is a little busy these days. He’s not expected to be back here voting. He’s in a federal, he’s in a federal courthouse because he’s a criminal defendant in a federal trial, and people should really go and look at the prosecutor’s case laid out this week. It is just stunning, and it went on allegedly for many years,” opined Conway. “Look at it. We don’t have any Democrats talking about this. It’s important for a lot of reasons. It’s important because he represents the Democratic Party. It’s important because if you have a 49/49 vote, you got the Vice President as a tiebreaker. So he actually affects the calculation on a number of these important votes as well.”