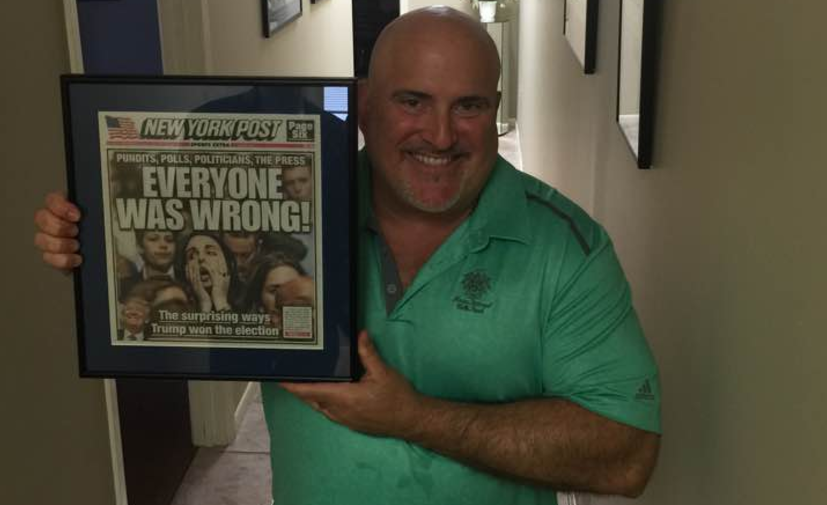 The best answer,  Save Jerseyans?

Probably somewhere in between as we all race towards Labor Day and the unofficial start of the “real” campaign season but maybe a little better for Guadagno than initially meets the eye.

Our last public survey in the 2017 race for New Jersey Governor came out about a month ago, from Monmouth University, and it showed Lt.  Gov. Kim Guadagno (R-Monmouth Beach) trailing limousine liberal Phil Murphy (D-Goldman Sachs) by 27-freakin-points. That’s a yuuuge margin, and consistent with June Quinnipiac Poll, but a word of caution….

These are registered voter surveys.

If EVERYONE who’s registered to vote actually showed up at the polls? Captain Crunch or Bon Jovi would be our presumptive next governor.

We all know elections don’t work that way. So as Election Day gets closer, pollsters shift to “likely” voter models wherein pollsters develop controls to figure out who’s actually going to show up. Sometimes it works; in a few recent examples (see Brexit or Clinton vs. Trump), the polling community failed to hit the mark.

The Guadagno campaign’s counterpoint to registered voters polls was a leak, last week, of an internal poll result to The Observer. The Republican nominee’s polling is conducted by Adam Geller, Chris Christie’s former pollster and one of Donald Trump’s pollsters who successfully predicted opportunities for the future president at a time when public polling all but ruled him out of the 2016 general election.

The bottom line: Geller found Guadagno down just 9-points (or 14 if you include “leaners”).

“Even after spending $20 million of his own money to buy the Democrat nomination, Phil Murphy remains an extraordinarily weak and unknown candidate whose promise to raise taxes is wildly out of touch with New Jersey voters. Not only is this race much closer than the public polls suggest, there is a clear and wide open path to victory for Kim Guadagno in 2017 because voters understand that this race is about pocketbook issues,” said Geller in a statement obtained by press outlets.

Geller is obviously good at what he does. Geller is also obviously a consultant who doesn’t get paid to NOT find a path for his employers.

With so many voters still tuned out and undecided to boot (e.g. Monmouth found 60% not knowing enough about either  choice to choose)?

I’d still make an education guess that his results (the “with leaners” number) is closer to reality. Chris Christie made 2016 an uphill climb for any and all possible Republican candidates, but Phil Murphy’s wacky, Venezuelan-esque ideas place him at the fringes of American political debate even in the age of Elizabeth Warren and Bernie Sanders.

I am NOT predicting a Guadagno victory at this point.

I am predicting that today’s public polls will not ultimately prove reflective of reality.

Keep this in mind, too… back in 1993, The Star-Ledger, The New York Times, the Record of Hackensack, and Rutgers-Eagleton all showed Jim Florio besting Christine Todd Whitman by around eight points (the Asbury Park Press posted a 38-38 tie with 22% undecided).