This N.J. Democrat said something REALLY stupid about a Vietnam Veteran 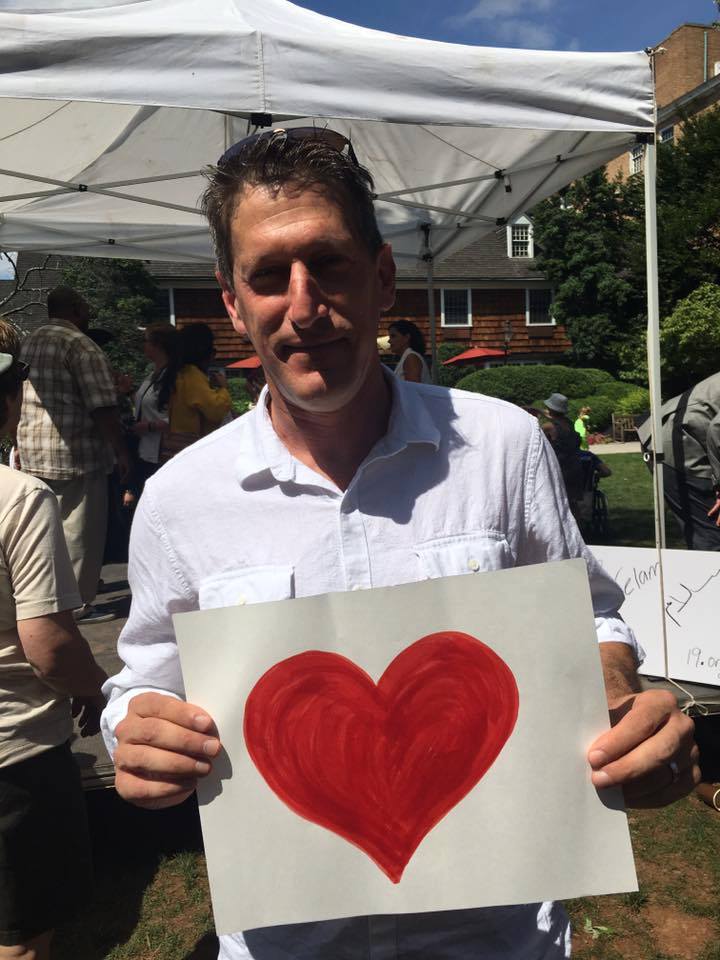 Andrew Zwicker is an American physicist at the Princeton Plasma Physics Laboratory and a first term Assemblyman from New Jersey’s 16th Legislative District.

Brought into office in 2015 not on his own merits but with a huge last-minute influx of special interest cash, he’s exactly the sort of yuppie Democrats in the Princeton area love to promote to high(er) office, Save Jerseyans. A man of letters! And science. But precious little common sense and real world experience outside of the halls of academia and controlled experimentation.

That’s why I wasn’t all too surprised to see him utter the most condescending, out-of-touch nonsense in a week, post-Charlottesville, that has been swamped by virtue-signaling, dog-whistling, partisan posturing and unfiltered emoting.

Assemblyman Zwicker apparently didn’t like how it came out either; his comments are no longer public:

No worries! One of our readers took a screenshot of the post while it was still public….

A physicist, but doesn’t get private vs. public posting…. 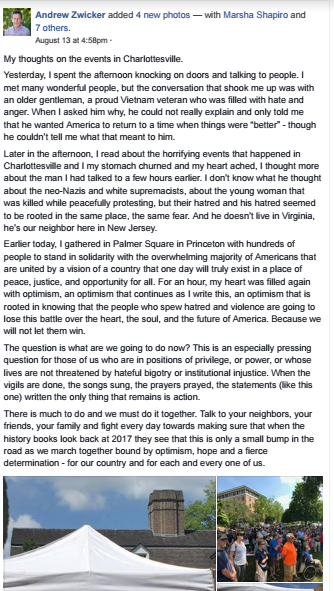 “Yesterday, I spent the afternoon knocking on doors and talking to people,” Zwicker explained at the onset of his rant. “I met many wonderful people, but the conversation that shook me up was with an older gentleman, a proud Vietnam veteran who was filled with hate and anger. When I asked him why, he could not really explain and only told me that he wanted America to return to a time when things were “better” – though he couldn’t tell me what that meant to him.” [Emphasis added.]

I cannot imagine why a Vietnam Veteran — someone who fought for this country against communism, only to come home and be spat upon AND THEN live long enough to see the Democrat Party embrace many of the Marxist’s favorite policies — is a little pissed off at the moment.

Sarcasm aside, Save Jerseyans, we only have Zwicker’s account of the exchange. Maybe the veteran was perfectly articulate, and simply gave the Democrat Assemblyman an answer he didn’t like?

What we do know: this country is NEVER going to get back on the right track with condescending, egotistical, tone-deaf politicians like Andrew Zwicker at the helm who treat justifiable disgruntled American heroes like curiosities deserving of derision.

The ability to listen, and empathize, is an indispensable prerequisite of peace. Zwicker’s party’s candidate for governor this year, Phil Murphy (D-Goldman Sachs) called everyone who disagrees with him Nazis.

With “leaders” like Zwicker and Murphy? Who needs “hate” groups? They’ve got division covered.