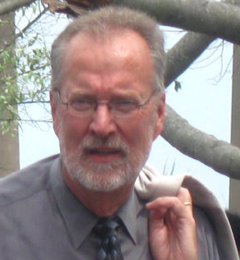 Precise details concerning the Senator’s passing were not immediately available to the public after the news broke on Tuesday evening, but the veteran South Jersey Democrat legislator and former Atlantic City Mayor shouldered an extensive, well-known history of health challenges. He had already decided not to seek reelection in 2017.

His State Senate seat was consequently already the subject of one of this cycle’s most hotly contested races between Assemblyman Chris Brown (R-2) and Atlantic County Freeholder Colin Bell (D). For now, Bell may get to be Atlantic County’s State Senator, at least for a time, since the N.J. Constitution provides that a legislative “vacancy shall be filled within 35 days by the members of the county committee of the political party of which the incumbent was the nominee from the municipalities or districts or units thereof which comprise the legislative district.”

“Senator Whelan gave his all to serve both his constituents and his students in Atlantic City, Atlantic County, and the 2nd Legislative District,” said Senator Tom Kean, Jr., the GOP caucus leader who had supported challenges to Whelan over consecutive cycles. “I’m extremely saddened to learn of his sudden passing. My prayers are with his wife, Kathy, and his family. New Jersey lost a good man today.”

“The sudden and unexpected passing of Senator Jim Whelan is an enormous loss to the people of Atlantic City, his district and all of the State of New Jersey,” opined Gov. Chris Christie. “During my nearly eight years in Trenton, I came to know Jim as a forthright and honest leader who’s word was his bond. While we did not always agree on policy, he was always willing to listen and reason together. The current comeback of Atlantic City is due in no small part to the efforts and passion of Jim Whelan. Mary Pat and I extend our deepest sympathies and prayers to the entire Whelan family. He will be sorely missed by all who knew him.”