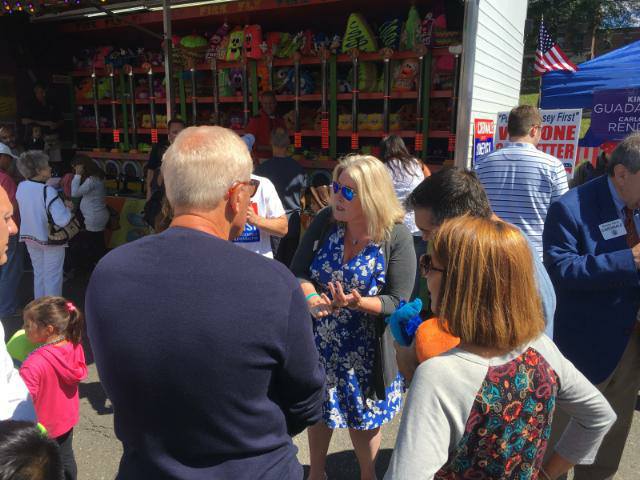 “Affordable” housing — and the recent N.J. Supreme Court decision that is threatening to blow our state’s property tax burden to a new, terrible heights by mandating construction of HUNDREDS OF THOUSANDS OF NEW UNITS (!) over the next several years — is arguably the biggest public policy story of 2017 but it’s gotten next to no attention in this year’s state-wide gubernatorial contest.

Most down-ballot combatants aren’t saying much either even as the time bomb continues to tick, all despite the potential for ultimately one million new units coming down the pike save legislative intervention.

The LD39 campaign is a different story.

In fact, things got a little more interesting this past weekend when embattled Democrat Assembly Speaker Vincent Prieto hit the trail with LD39 candidates Linda Schwager, Jannie Chung and Annie Hausmann, meeting voters and apparently working for an upset in this reliably “red” district.

Prieto’s speakership is almost certainly over due to his being on the losing end of an all-but-over shadow civil war in the caucus room. It’s a backlash against Steven Fulop’s Hudson faction. Real ‘Game of Thrones’ stuff we won’t explore here. He might be trolling for allies or just trolling, period, on his way out the door.

“Forcing thousands of new housing units into small suburban communities – including many that are nearly built-out – without regard to infrastructure or funding for basic services like schools and public safety is just simply wrong and will force property taxes to skyrocket. But that is exactly what the Schwager, Hausmann, Chung team wants to do to our communities,” LD39 GOP ticket campaign manager Dan Eller explained on Tuesday, responding to news of Prieto’s LD39 visit.

Why candidates in other reaches of the state haven’t campaigned against Hudson politicians bringing their failed local model into the over-taxed Jersey burbs is anyone’s guess.

Too hard to explain? Or are they fretting over being accused of some species of -ism?

The stakes aren’t any less high for their trepidation.