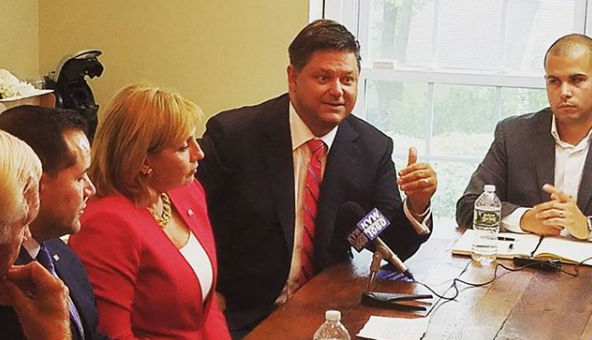 As controversy continues to swirl over Kim Guadagno’s 100% fair and accurate ‘Sanctuary’ television spot, Save Jerseyans, forces affiliated with her Democrat opponent Phil Murphy have been working overtime to play the race card and slander both Guadagno and her Cuban immigrant running mate, Mayor Carlos Rendo.

We’d expect nothing less! Especially during the so-called silly season.

But the most interesting counter strike came via the following letter obtained by Save Jersey, purportedly signed by a handful of Hispanic religious leaders under the umbrella ‘Coalition of Pastors From New Jersey In Defense of Immigrants’ organization:

A Spanish-speaking neighbor translated the letter for me:

The ad issued by the campaign of Lieutenant Governor Guadagno is a continuation of the disguised racism that prevails in the country and has filtrated itself in our state and cities.

We the members of the Hispanic clergy of New Jersey believe in a faithful and just God who loves all of his children, without considering their nationality, race or creed.  Therefore, we condemn this misleading ad, that only serves to ferment xenophobia and a displaced nationalism and anti-immigrant.

What is more, under any circumstance, we believe that Ambassador Murphy supports someone who has robbed someone else of their life, or support criminals.  New Jersey is a state made up of and sustained by immigrants from every part of the world and takes pride in its multiculturalism and tolerance of others. We believe that Mr. Murphy represents this philosophy of respect for others and that which is just and dignified in our society.

In the last instance, this signifies more than a political campaign…this is about our lives, and we ask our congregations to pay attention to the dialogue that is being developed and recognize who will work for us with decency and respect.

Tough, right? Very, very incendiary and far more race-baitish than anything coming from the Republican camp.

Curiously, NO ONE is owning up to exactly who’s responsible for circulating the letter.

There’s at least one other major problem: at least two signatories did NOT authorize his name being added to the letter.

That’s according to Matt Friedman of Politico New Jersey. One of the non-consenting pastors is Rev. Jose Lopez of Jersey City father of Abraham Lopez… Guadagno’s deputy chief of staff and a Republican Westampton committee member. He’s livid.

And another thing: I’ve been unable to confirm whether ‘Coalition of Pastors From New Jersey In Defense of Immigrants’ is even a real thing. Simple Google and Twitters search came back with zero hits, and I even searched Google with the proper Spanish translation of the coalition’s title (coalición de pastores de new jersey en defensa de los immigrantes): 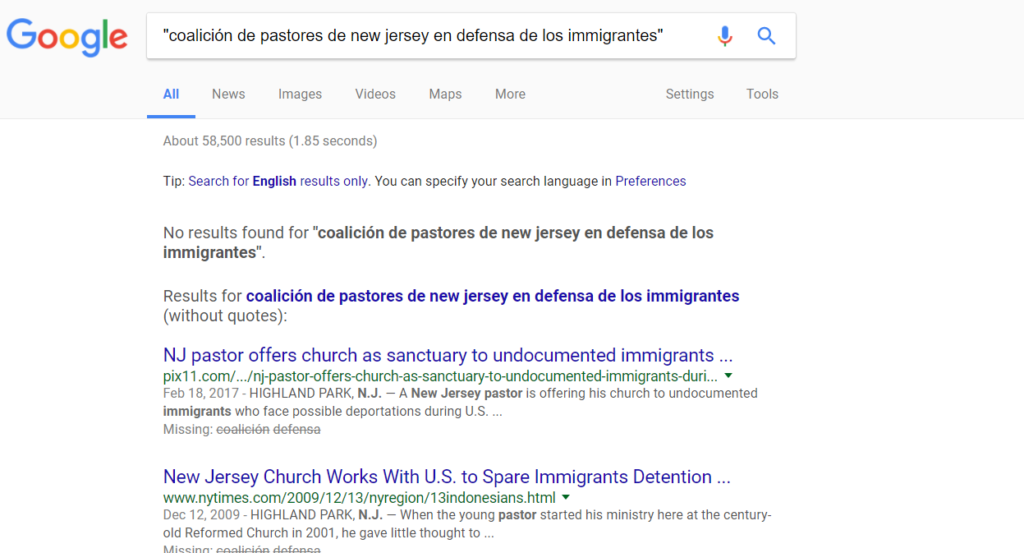 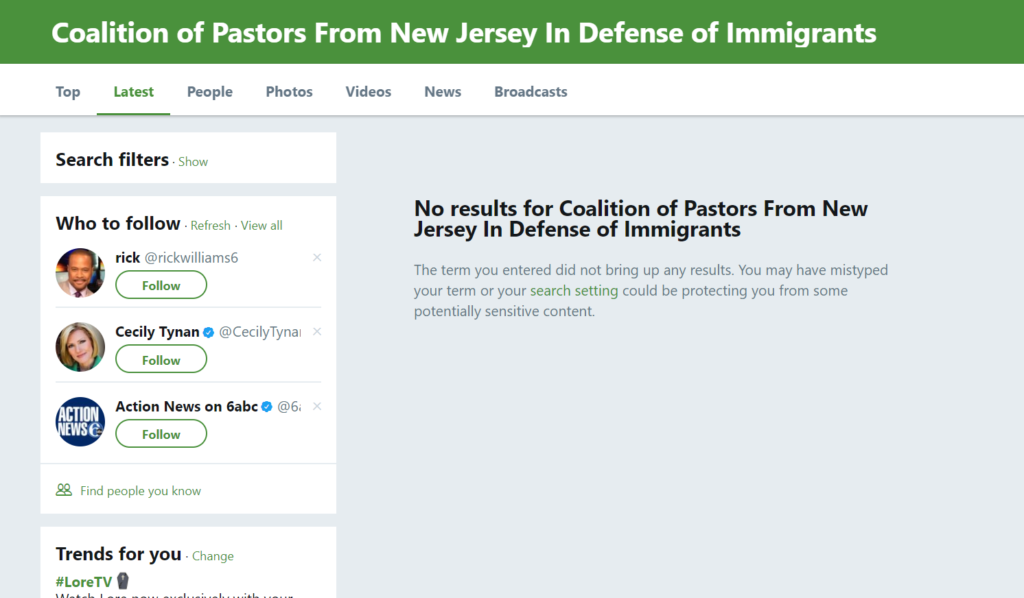 I checked with the State of New Jersey’s online business records portal, too, and couldn’t find a darn thing. I even asked a friend who’s spent considerable time interfacing with faith-based groups in all 21 counties; he hadn’t heard of the coalition until now.

So do this coalition exist? Or is it something recently invented, and possible politically manufactured, to push back against the Guadagno campaign?

While no one is confirming from where, exactly, the letter originated, one of the non-consenting signatories, Reverend Lopez, has since issued a press release shared with Save Jersey calling on Ambassador Murphy “to hold those on his team that are responsible for this terrible act.”

“The press release allegedly organized and published  by his campaign team, wrongfully including my name, organization and those of several colleagues is reprehensible and frankly meant to sow racial animosity in a society that is already too divided and hurt by hate fueled by investigators such as the author of this press release,” explained Lopez.