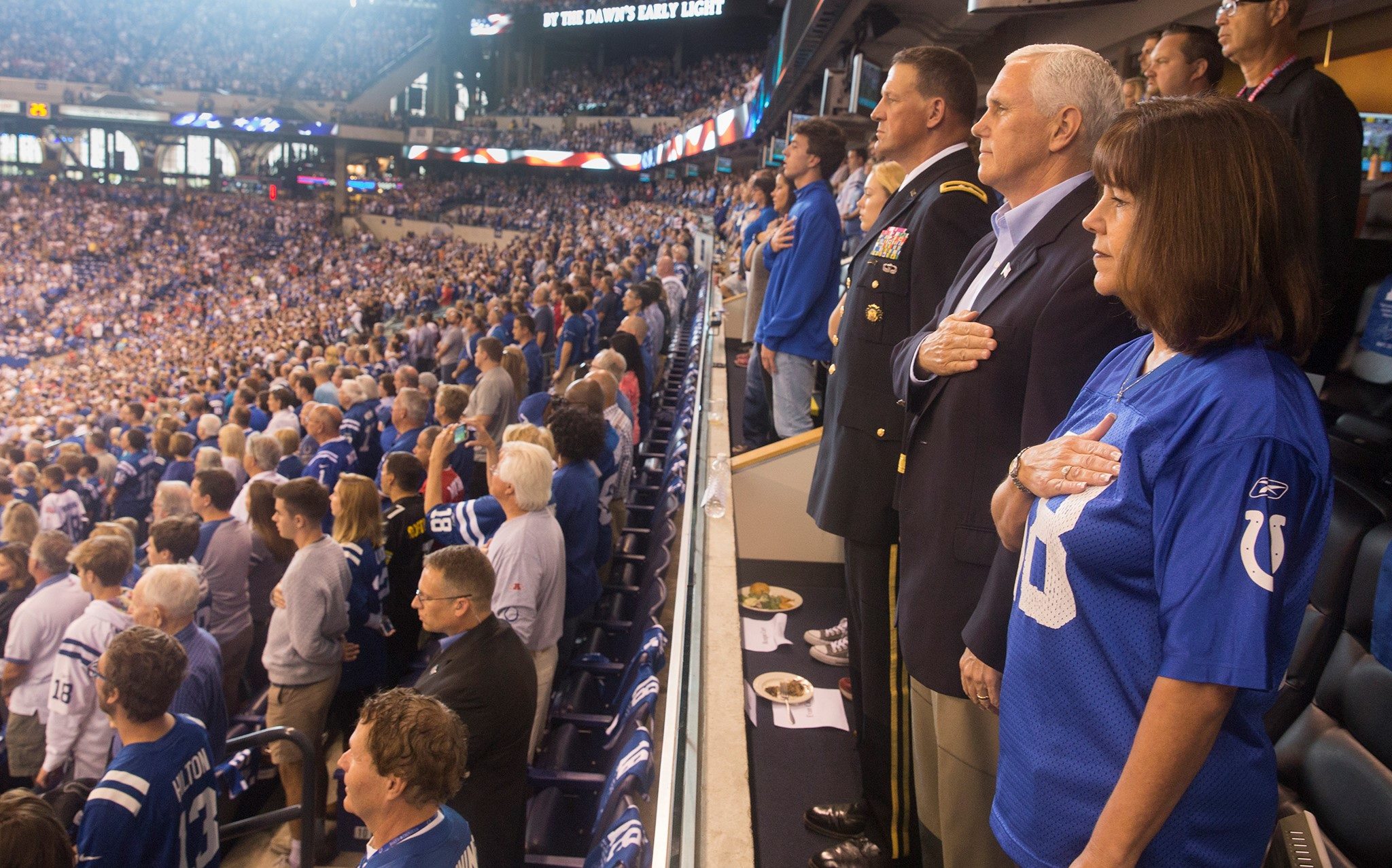 Vice President Pence chose to leave the Colts game this Sunday afternoon, Save Jerseyans, when players (once again) decided to protest during our National Anthem. Somehow, perhaps predictably, Pence’s decision is being twisted by the Left to fit a “the Vice President doesn’t support the First Amendment” narrative.

If you understand how the First Amendment works? Really and truly? You’re probably scratching your head right now. If you don’t understand how it works, you’ve probably got yourself worked up into a tizzy because you’re responding irrationally.

Here are just a few tweets from the outraged snowflakes:

Mike Pence wages one-man protest of the First Amendment at an NFL game, shows no respect for the Constitution.#TheResistancehttps://t.co/indLTZflu1

Nice to know that Mike pence hates first amendment rights and forgets that soldiers died for those rights, he is disrespecting our flag.

If you’re really interested in seeing the deranged comments from the Left in all of their unfiltered grandeur, then head on over to the the Vice President’s official Twitter page. What I posted is about all I can stand!

Let’s analyze this rationally: a Vice President not supporting the First Amendment would have looked more like him demanding the game be stopped and/or ordering the players who were “protesting” to be cuffed and ultimately jailed. Instead, he quietly left and put out a statement.

Below is the official statement put out by the White House:

He could have asked for a refund on his ticket. He didn’t do that.

He could have used various means to attempt to obstruct other fans from watching. He didn’t do that.

He could have yelled at and heckled other fans, insisting they support his counterprotest and follow him out. He didn’t do that either.

He did not use any government force to prohibit or change anything, which would have been a violation of the First Amendment.

He could have done a lot of things if he was interested in violating players First Amendment rights. But he didn’t.

He simply chose to walk away.

In so doing? He set a positive example for how leaders are supposed to behave in the face of poor behavior.

Those of you who believe the lie that Vice President Pence’s choice to leave this game somehow means he doesn’t support the First Amendment are the same people who took no issue with people attempting to actually silence and shut down the likes of Milo, Ann Coulter and Ben Shapiro’s at Berkeley. You don’t understand how the First Amendment works and you’ve got such a limited, or severely distorted, understanding of the concept of rights, of history and of what actual government obstruction looks like that you unnecessarily freak out over things.

Until you understand the First Amendment a little better? Consider using it a little more sparingly.