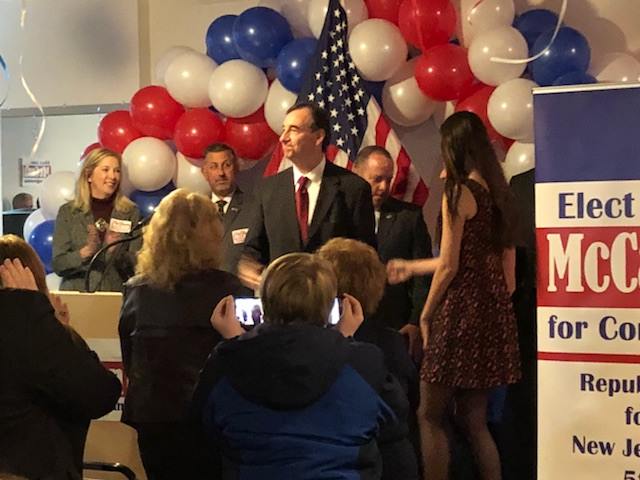 Buoyed by approximately 200 supporters, former Cresskill Councilman John McCann kicked off his campaign for NJ.-5 this Saturday morning at the Paramus VFW.

“I am working to protect the American Dream for people who work hard and play by the rules to help create jobs and opportunity for all Americans and to safeguard the freedoms that are under attack by liberal politicians in Washington,” said McCann to his audience.

McCann touched on a number of topics in his own remarks including illegal immigration and fiscal responsibility; the Republican hopeful also discussed the need for a Congressman who shares “Jersey Values,” calling out by name his Democrat opponent, incumbent Josh Gottheimer.

Other attending dignitaries of note: