NJ-05: McCann hits Lonegan over “out of touch” Cruz endorsement 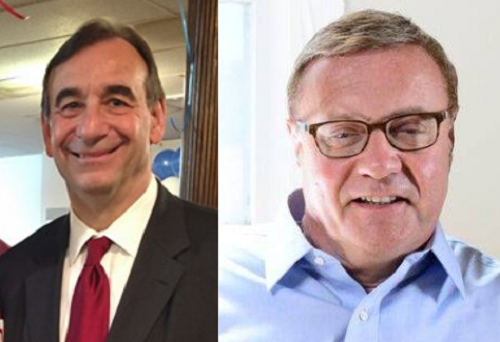 It’s the first real direct contact between the prime candidates for the NJ-05 GOP congressional nomination, Save Jerseyans, and, unsurprisingly, the subject matter is two of America’s most controversial politicians.

“I do not know Ted Cruz, but I do know Steve Lonegan. I know that he has already begun his campaign by lying to the voters. He has lost too many elections to count, trolling different districts in the state to push his personal agenda,” said McCann, alluding to Lonegan’s past campaigns for high office including governor, U.S. Senate and, most recently, a 2014 primary bid in South Jersey’s NJ-03.

“A Never Trumper Texas endorsement shows that Lonegan is out of touch with Republican primary voters in Congressional District 5,” added McCann.

Former Councilman McCann’s spokesperson made a point of noting that Trump garnered better than 80% of the vote in NJ-05 during the 2016 GOP primary while Ted Cruz captured only 6% support.

Like Cruz, Lonegan (who served as Cruz’s state chair) was a fierce Trump critic up through the convention phase of Election 2016, criticizing Trump on national television and attempting to rally resistance at the Cleveland convention.

“I’ve woken up every day struggling to accept that he’s going to be our candidate,” Lonegan told The Washington Post at the time. “He’s spent more time talking about getting Bernie Sanders voters to vote for him than conservatives. What do you think he has that Bernie Sanders’s supporters would like? A secret socialist agenda?”

Lonegan, who boasts an extensive history of conservative activism in the Garden State including a past stint as head of AFP’s New Jersey cadet branch, has explained that he later endorsed President Trump and worked to help defeat Hillary Clinton.

The NJ-05 primary race for the right to take on freshman Democrat Josh Gottheimer is now a two man contest between McCann and Lonegan after a third potential contender, Freeholder Jason Sarnoski of Warren County, decided to back off in a statement issued to supporters.