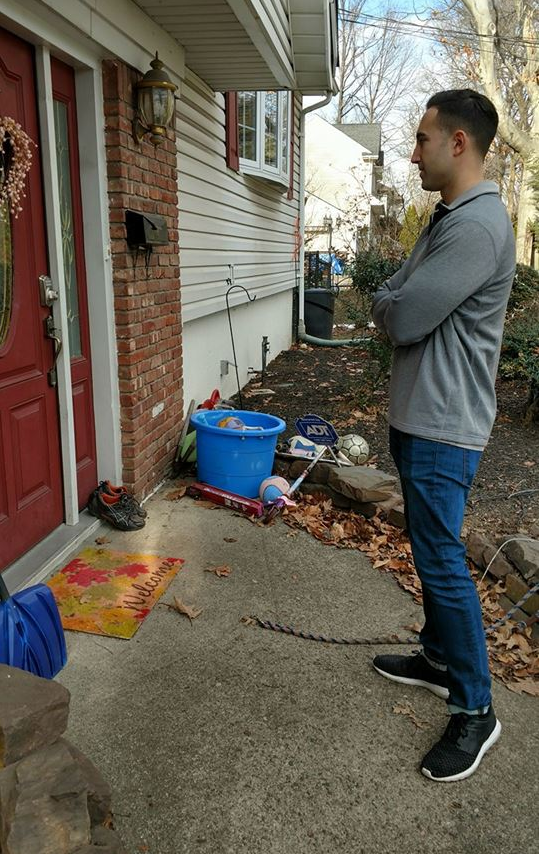 Last Tuesday night was not what would be described as a great election night for Republicans. We now have two choices: (1) we can riot in the streets and put on goofy hats like our friends on the Left or (2) we can figure out what we need to do to change things. I for one do not like hats, so this is an article about the latter.

Almost in Dr. Seuss fashion Republicans lost in the north, south, in red towns, in blue towns, in shore towns and Skyland towns. One place where Republicans did not lose on Tuesday? The Borough of Paramus.

Paramus is not a red town. While it marginally voted for Trump, Phil Murphy won the town by around 4% this month. It also currently has a Democratic mayor who was handily reelected with nearly 65% his last time up, and it is the power bastion of Bergen County Executive Jim Tedesco. Even with the win on Tuesday, Republicans are still outgunned 4-2 on the governing body. The two incumbents who were up last Tuesday had won by around 400+ votes the last time they faced the voting public.

The story starts in two places. The victory on Tuesday really started in February 2015 when I took over as the Chairman of the Bergen County Young Republicans. At that point, I established a long-term plan for the club, spend a year recruiting, raising money, and visiting every single Republican club/organization in the county which many of you followed. The idea was that by 2017 (much like the Sports Illustrated cover with the Houston Astros) we would have an operation in place to start putting our candidates in office.

The second part of our story begins in June 2016 when I received an inquiry email for the BCYRs (I received maybe 100 over the span of being chair) from a young energetic MBA student working for his family business.

Chris expressed his desire to get involved and, as luck would have it, we were having a meeting two days later . Chris was the first guy there; to his surprise, some of our members he already knew from having attended Bergen Catholic.

A tip in this department, especially for YR Chairs: the people who want to know how they can help and learn rather than how they can lead right off the bat are the ones you want to engage.

Chris was going to be a rock star. I could tell from Day 1. Some of local Paramus Republicans were there, and I introduced him and they seemed to take an immediate liking to him, too.

Within a month, probably around Labor Day, I told Chris he was going to be running in 2017 whether he liked it or not. He was the young, upstart candidate around which we could build a superstar ticket.

For the next months, he pounded the pavement hard for the Paramus Republican candidates for two reasons.

First? We needed to win that election and it was going to be close, but also because knocking doors in 2016 would set him up to be better at it and more importantly to meet many of his neighbors going into 2017.

Republicans, at least in my experience, make one fatal mistake over and over: they treat every election as THE election and do not think two, five, ten years down the line. Republicans will make a play for a town or a district and when they come close? They give up. Give the Democrats credit for this: they beat down Scott Garrett’s door for TEN YEARS before finally getting him. We give up on towns when we lose one election.

Chris got somewhat acquainted with campaigning in 2016, but he was definitely green. When the 2016 election came and went, I immediately helped shift him into campaign mode for the next year.

Fatal mistake #2 for Republicans: waiting until the spring to put together their tickets and waiting until Labor Day to start knocking doors. I truly believe if you live in a town of more than 5,000 people and wait to Labor Day to knock doors if you are in a competitive town you will lose.

When did Chris start knocking doors?

I took him out in Mid-February the first day the thermometer broke 40. This served a few purposes. First, we started in his home district and got the feel of what his neighbors thought of his candidacy. It also allowed us to gauge what the town was thinking and how they felt about certain issues. Chris believed that halting over-development was imperative, but it was important to see if his neighbors thought so and shared his views. Trust me, they did.

It was around this point that the Paramus Republicans really started to coalesce around Chris. At the urging of Councilwoman Jeanne Weber, Chris was joined on his ticket by Mohammed Reda, and since I was still a little lost on the nuances of Paramus, Brian Giblin became the campaign manager for the ticket while I continued to be a Sherpa for Chris.

Right at the beginning the two candidates held a fundraiser, we set a goal to raise $50,000 and we seemed to have hit it. This would allow us three mailers, three local newspaper ads, lawn signs, palm cards and money for GOTV efforts. It was important to outline back in March/April what the plan for the campaign was. For this reason, there was never any shock or panic.

The entire campaign was methodical; we never strayed from our game plan.

That was not always easy. There was the campaign highs and lows but we never let them get to us. Most importantly? We stayed on point and on message. When it became clear Chris was a threat to the Democrats, they ran a full page ad of him in a backward hat and a tan claiming he was not qualified.

I wish I could say there was some magic elixir that allowed us to win, but maybe it is better that there was not.

Chris and I had a fight (those are going to happen) in May about his desire to get a house down the shore for the summer.  I let him know that I would hold up my end of the bargain and be there every day to walk, but that he was going to walk at least one weekend day every weekend in the summer. You know what? He did. As hard as it sounds, there was zero let up.

We came up with a message that resonated (stopping over-development), set a fundraising goal (and made it), and worked until we could not work more and then some.

I am seeing a doctor this week about an ankle injury; I have no doubt he is going to tell me its from the stress of how much walking we did. We walked the entire town of Paramus; we hit thousands and thousands of households.

In the end, Chris simply worked harder. There is no substitute for having a plan and working hard to execute it in any facet of life and politics is no different. The words “Councilman-Elect Chris Di Piazza” were the one bright spot for the Bergen GOP on Tuesday night because, quite frankly, he wanted it more than others.

As for 2018? Here’s to hoping this model is replicated all around the state. Start picking your candidates now! And don’t blame external forces if you’re not willing to do the work that Chris did.