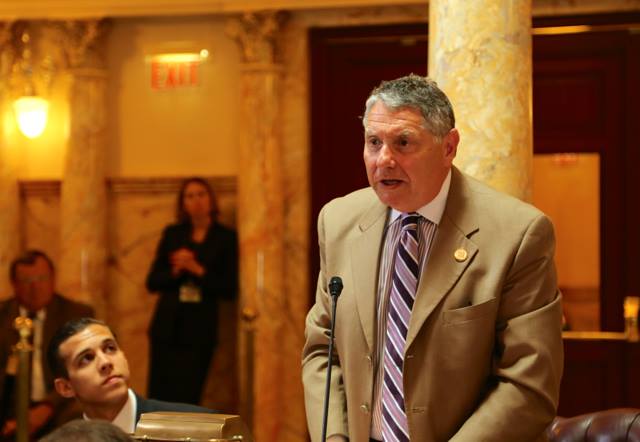 Efforts to legalize marijuana in New Jersey would have our state take too big a step, too quickly. Decriminalization may be a better and more sensible option in the short-term.

Like many others, I have concerns with individuals being arrested for possession of small amounts of marijuana. That’s why I have sponsored legislation, S-472, that would decriminalize the possession of 15 grams of or less.

I’m happy to have Senator Joseph Cryan (D-20) join me in sponsoring this bipartisan effort.

I believe it represents a good compromise and a viable alternative to the full legalization of marijuana statewide. Further, it would provide lawmakers and the public with more time to understand the full impact of more drastic moves.

Let me share with you some of my concerns about the many promises that have accompanied the push for marijuana legalization.

You may remember we were all asked to vote for casino gambling in Atlantic City, not just to save the city, but also to provide funding to support programs for seniors and the disabled. How well did that work? In the last two years, the State has been force to send the city $82 million just to save their schools, and more is likely to follow.

You may also remember that New Jerseyans were asked to support the creation of the State lottery, which was to support institutions of higher education and prevent constant increases in tuition at our state universities and colleges. How well did that work? Ask any Rutgers student about the tuition increase they received last year and every year prior.

Recently, we’ve been made new promises that legalizing marijuana will solve a lot of the financial problems around the state, will result in “social justice,” and won’t impact children or struggling communities.

Given the poor track record of all of those other promises, how well do you think that will that work?

An analytical report produced by the Colorado Department of Public Safety following legalization in that state shows that minorities continue to be arrested at significantly higher rates for marijuana-related crimes.

With increased accessibility, arrests of minority children for marijuana-related crimes have skyrocketed as well.

Given that data, the “social justice” benefits that some have claimed will follow legalization are questionable.

Further, there are other public safety concerns that have never been adequately addressed.

For example, nobody has offered a practical method for accurately testing whether a driver is under the influence of marijuana that doesn’t involve a blood test, which some have noted can test positive for use that occurred weeks beforehand.

For users who are aware that there’s no accurate test, I’m concerned they’ll make the choice to drive and turn already congested and dangerous roads into some of the deadliest in the country.

Also, look at the influx of people seeking marijuana to Colorado following legalization there, and all of the challenges and unexpected impacts that state is now experiencing.

We could likely expect a similar influx of people from surrounding states like New York, Delaware, Connecticut and Pennsylvania, who will cross the border to purchase marijuana legally in New Jersey. Is that what we want in our communities?

Let’s hope common sense prevails. We should slow our sprint to legalization, and decriminalization would represent a good first step.

If we do this right, our successors won’t look back at legalization and ask, “How well did that work?”