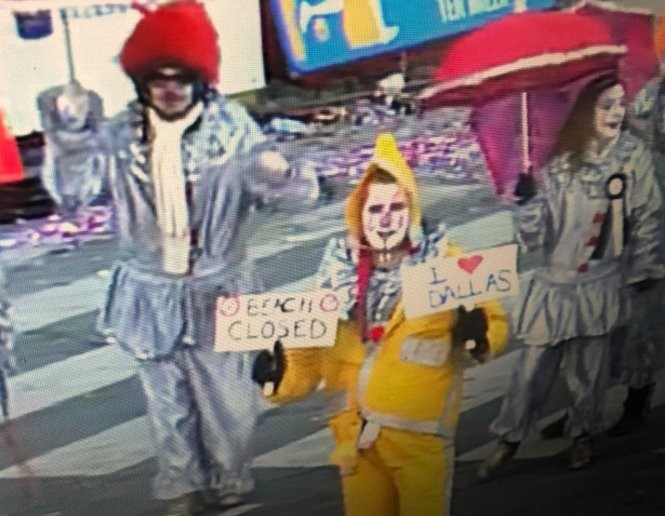 Gov. Chris Christie‘s infamous beachgate moment during the state government shutdown proved to be irresistible fodder for the comic brigades of Philadelphia’s annual Mummers Parade. The Jolly Jolly Comics brigade lampooned Christie‘by dressing a comic as the governor in clown makeup while holding two signs, one saying “Beach Closed” and another displaying his love for the Dallas Cowboys.